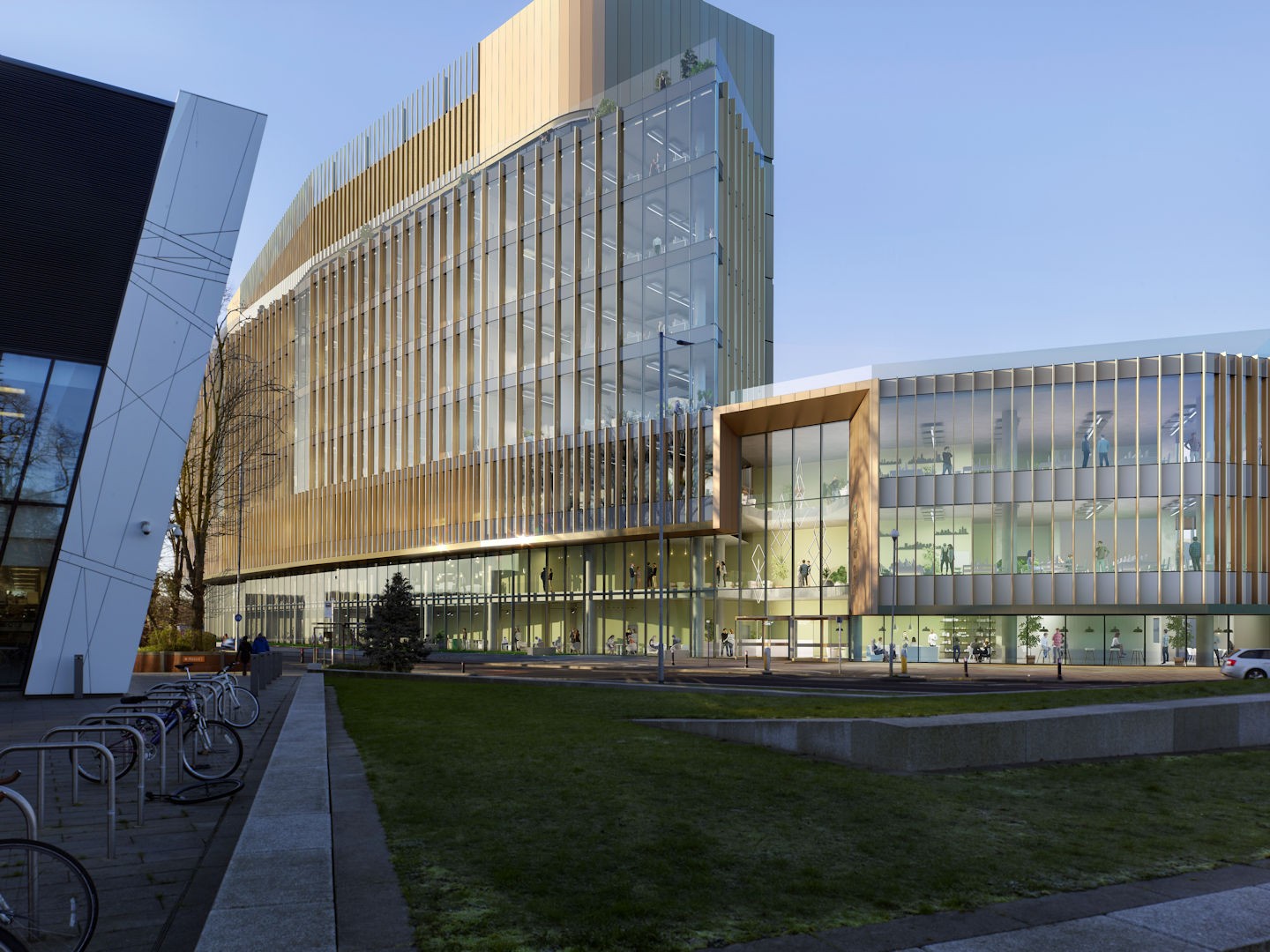 The new research facility, currently known as the Paterson Redevelopment Project (PRP), will be built at The Christie on the site of the old Paterson building, which suffered fire damage in April 2017, displacing over 300 scientists and support staff.

In 2018, the partnership announced their ambitious plans for the future of the site, which is now being part funded through Round 6 of Research England’s flagship capital investment scheme, the UKRPIF.

Altogether, 11 projects are being funded through Round 6 of UKRPIF, totalling over £670m of new investment into UK research and innovation. This includes £221m of public funding from UKRPIF, and over £450m of committed co-investment from businesses, charities and philanthropic donors.

As well as housing the Cancer Research UK Manchester Institute, the new development will be a major step forward in realising MCRC’s ambition of becoming one of the world’s top five centres for basic, translational and clinical cancer research. It will also enable research growth, as well as facilitating a ground-breaking approach to how research partnerships work together by embedding the facility within a cancer hospital.

The plans for the new research centre have also been enabled by the region’s unique devolved health and social care system and driven by the wider Greater Manchester (GM) health agenda.

This provides a framework for researchers to look at health inequalities and the high incidence of cancer in the GM population, which can be achieved through The University of Manchester’s world-leading expertise in health informatics and new commercial partnerships to activate the transformational use of ‘real world, real time’ patient data.

The University already has a leading position in cancer research and our partnership with The Christie and Cancer Research UK really does make this a unique proposition that can provide transformative cancer research and treatment. This latest funding news will certainly take that to the next level.

Professor Dame Nancy Rothwell, President and Vice-Chancellor of The University of Manchester, said: “This is excellent news for the Paterson Redevelopment Project and is a huge vote of confidence in the ambitious vision the MCRC partnership has for the new facility.

“The University already has a leading position in cancer research and our partnership with The Christie and Cancer Research UK really does make this a unique proposition that can provide transformative cancer research and treatment. This latest funding news will certainly take that to the next level.”

Professor Rob Bristow, Director of MCRC, said: “I’m delighted with this announcement. This new build is a manifestation of Manchester’s ambition to create the next wave of incredible research to better prevent, diagnose and treat cancer with the highest calibre of basic and translational science.”

Roger Spencer, Chief Executive of The Christie NHS Foundation Trust, said: This is fantastic news, particularly for the patients who will benefit from the many research breakthroughs we anticipate the new centre will help us to deliver.”

Professor Richard Marais, Director of the CRUK Manchester Institute, said: “I am absolutely thrilled. This significant funding announcement is an exciting step towards creating a world class facility and a vibrant environment for researchers, clinicians and external partners to work together.

“I am extremely proud of the work we are doing in Manchester, which is creating a strong legacy in cancer research. The new facility will attract scientists from around the world and make a huge difference in the way cancer is diagnosed and treated.”