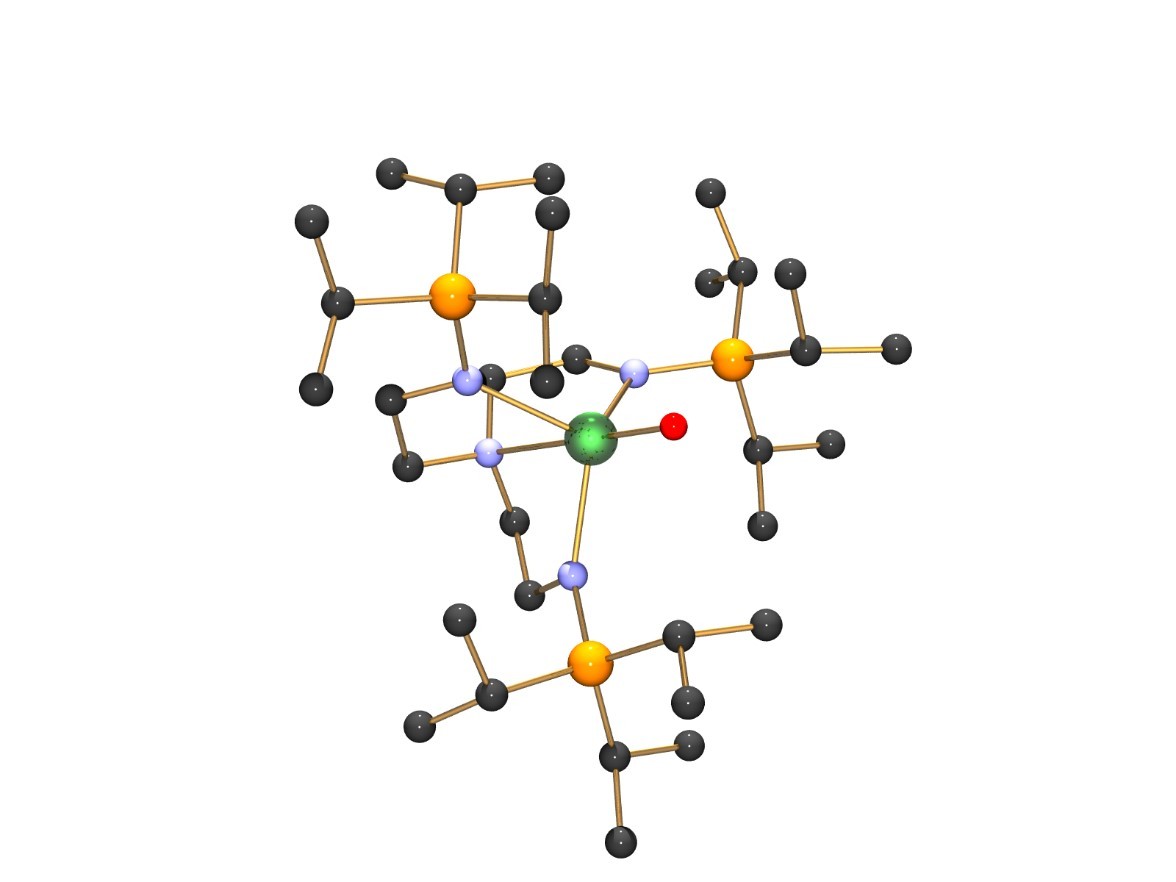 Scientists from The University of Manchester have managed to successfully make a transuranium complex where the central metal, here neptunium, forms a multiple bond to just one other element. Enabling study of such a bonding interaction in isolation for the first time is a key breakthrough for nuclear waste clean-up.

Reported in the journal, Nature Chemistry, a group of researchers from The University Manchester, the European Commission Joint Research Centre Karlsruhe, and Los Alamos National Laboratory successfully prepared and characterised this long-sought transuranium chemical bonding scenario in an isolable compound.

The study of metal-element multiple bond interactions is an enormous area of research in chemistry with decades of intensive investigations that have sought to understand chemical bonding, reactivity, catalysis, and separations applications. Where actinide-element multiple bonding is concerned, there is much interest in exploiting understanding of chemical bonding (covalency) in extraction studies, because this could inform attempts to separate and clean up nuclear waste.

However, whilst metal-element multiple bond investigations are routinely reported and well established across the Periodic Table right up to uranium, the heaviest element to occur naturally in significant quantities, investigations involving transuranium elements, which are elements that come after uranium in the Periodic Table such as neptunium, have been restricted due to the need to conduct work on such radioactive elements in specialist facilities.

Inevitably with restricted experimental work for transuranium-element multiple bonding the transfer of knowledge from fundamental studies in this area to inform potential separations applications is low.

For the transuranium-element multiple bond chemistry that has been accomplished, examples that are known involve two or more element multiple bonds to a given transuranium ion in order to provide enough stabilisation to permit isolation of those compounds. However, the presence of two or more multiple bonded elements has meant that such linkages could not be studied in isolation, complicating their analysis. To date it had not been possible to access transuranium complexes with just one multiple bond to an element that was stable enough to be isolated, so it has been impossible to reliably experimentally confirm or disprove theoretical predictions, which is difficult to do generally for elements that are in relativistic situations.

Using specialist handling facilities, the researchers succeeded in preparing a complex containing a neptunium ion with a multiple bond to a single oxygen atom. The key to success was careful design of the supporting, cage-like organic ligand framework with four stabilising nitrogen donors and large silicon-based flanking groups to protect the neptunium-oxygen bond and enable its study in isolation.

By extending from prior work on uranium now to neptunium, the researchers were able to make hitherto impossible comparisons, with the surprise finding that the neptunium-oxygen complex has more covalent chemical bonding that an isostructural uranium-oxygen complex. This is the opposite of predictions, underscoring the difficulty of making predictions in this area of the Periodic Table and the importance of experimentally testing them.

Professor Steve Liddle, co-Director of the Centre for Radiochemistry at The University of Manchester, coordinated the research. He said: “It is thanks to the talent of the researchers involved in this study and through collaboration at specialist facilities internationally that this work has been possible.

This was challenging work to do experimentally, indeed it would not have been possible without the three leading institutions combining our strengths to embrace our interdisciplinary research approach, but it has been essential to do because already this work highlights that predictions can easily break down in this complex area of the Periodic Table. So this shows that it is essential to do the experimental work and put theories to the test to provide benchmarks to guide the area going forwards

Molecular uranium and thorium chemistry has taken enormous strides forwards in recent years through the study of metal-element multiple bonding, but transuranium science has lagged far behind due to the challenges of working experimentally with these elements. The researcher’s work demonstrates that transuranium analogues are now accessible for wider study, opening up opportunities to grow this new field of actinide science.

The paper, ‘A terminal neptunium(V)–mono(oxo) complex’, is published in Nature Chemistry.