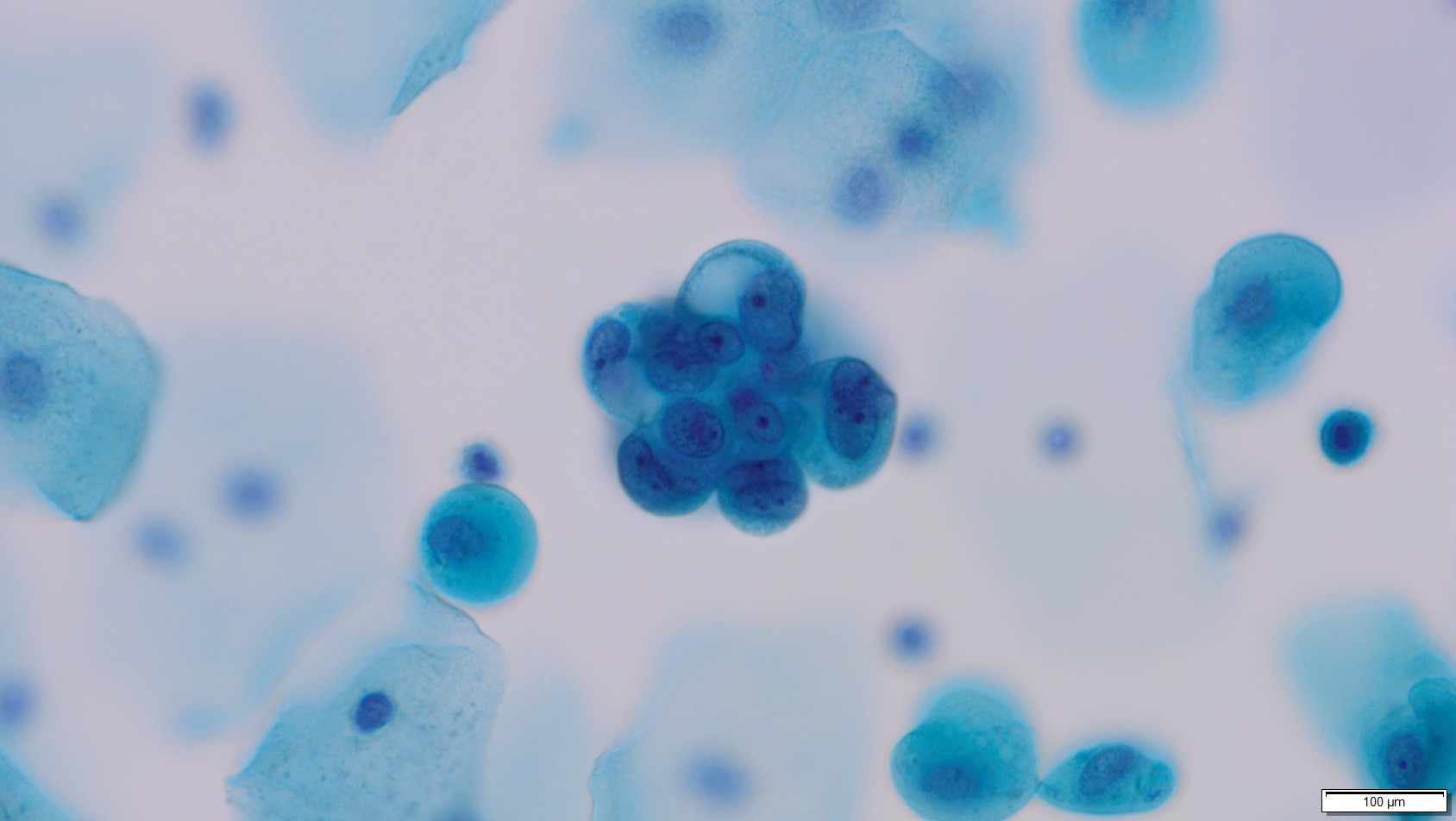 A simple non-invasive test can accurately detect womb cancer according to a proof of concept study by University of Manchester and Manchester University NHS Foundation Trust (MFT) scientists.

The non-invasive test, which detects the cancer by looking at a urine or vaginal sample with a microscope, could have a major benefit for patients if adopted across the NHS.

Currently, women are diagnosed using a narrow telescope, called a hysteroscope, to examine the inside of the womb where a biopsy is taken.

However 31% of women who have the procedure must have it repeated because of technical difficulties or intolerable pain.

And thousands of women who do not have womb cancer also undergo the procedure, with huge financial implications for the NHS.

The research team, who publish their analysis in Nature Communications, believe the new detection tool – whose samples can be collected by women at home- could be incorporated into clinical practice once large scale trials have been carried out.

The team, led by Professor Emma Crosbie from The University of Manchester, tested the new tool on 103 women with known cancer and 113 with unexplained postmenopausal bleeding.

The proportion of women with womb cancer who were identified by the new tool was 91.7%

And the proportion of women without womb cancer who tested negative with the new tool was 88.9%.

“Our results show that womb cancer cells can be detected in urine and vaginal samples using a microscope,” said Professor Crosbie, who is also an Honorary Consultant in Gynaecological Oncology at Saint Mary’s Hospital, part of MFT.

“Women who test positive with this test could be referred for diagnostic investigations while women who test negative are safely reassured without the need for unpleasant, invasive, anxiety-provoking and expensive procedures.

“We think our new test could offer a simple, acceptable, and easy to administer solution that could be used in primary care as a triage tool for women with suspected womb cancer.”

Womb cancer is the sixth most common cancer affecting women, with approximately 382,000 new diagnoses and 89,900 deaths from the disease in 2018 globally.

Most women present early following the onset of postmenopausal bleeding and have a good prognosis.

However, 20% of women present with advanced disease, and have a 5-year survival rate of just 15%.

“However, though postmenopausal bleeding is a recognisable symptom, only 5 to 10% of women with it have sinister underlying pathology- so this test, if adopted, will put these patients’ minds at rest.”

Our results show that womb cancer cells can be detected in urine and vaginal samples using a microscope.  Women who test positive with this test could be referred for diagnostic investigations while women who test negative are safely reassured without the need for unpleasant, invasive, anxiety-provoking and expensive procedures

Womb cancer is known to shed malignant cells through the cervix into the lower genital tract. These cells can be collected from the vagina by gentle lavage or from self-collected urine samples.

Testing the cells - known as cytology- could be a useful tool because the expertise and infrastructure required to deliver it is already established in the NHS.

Its advantages include low costs, quick turnaround times and the potential for diagnosis at the point of care.

She added: “While our data are very promising, we must confirm them in a larger diagnostic accuracy study of women with unexplained postmenstrual bleeding undergoing routine diagnostic investigations.”

The study was supported by the National Institute for Health Research (NIHR) Biomedical Research Centre.