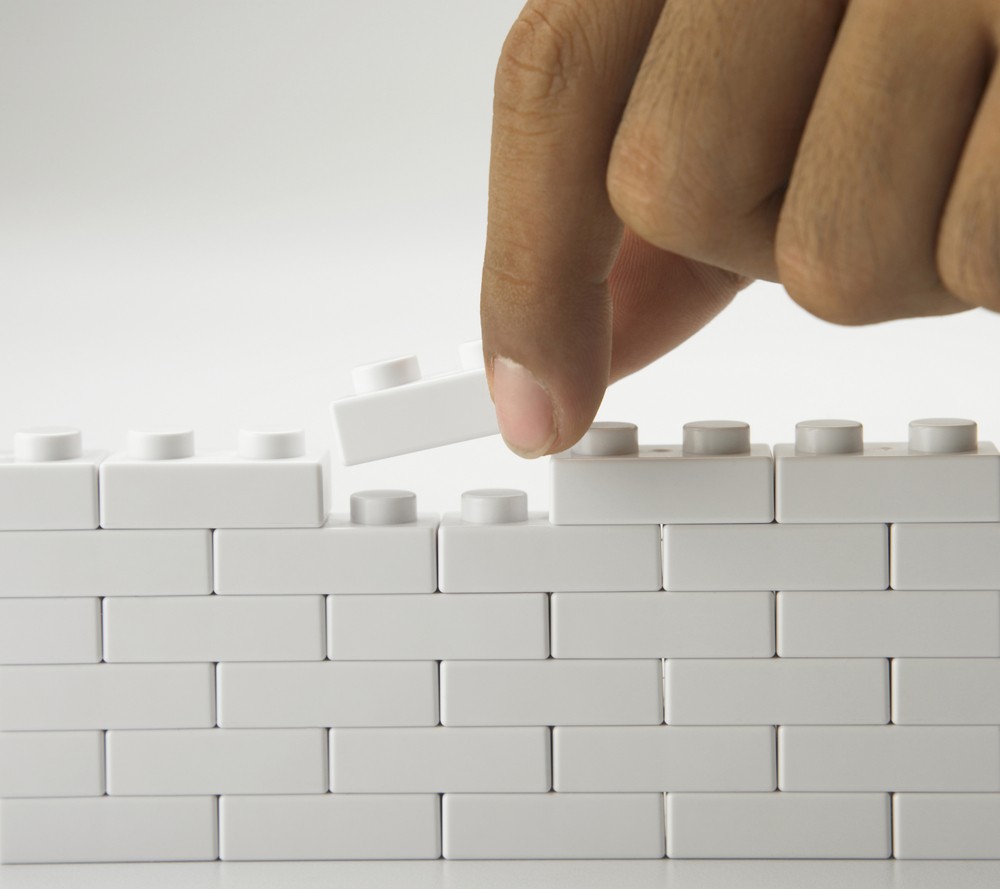 stock-photo-man-building-up-a-wall-by-stacking-up-lego-32907343.jpg
man building up a wall by stacking up lego

Physicists from The University of Manchester and The University of Sheffield have discovered that when two atomically thin (two-dimensional) materials like graphene are placed on top of each other like a ‘Lego’ tower, their properties change and a material with novel hybrid properties emerges, paving the way for design of new materials and nano devices.

This happens without the two atomic layers physically meeting, nor through a chemical reaction, but by attaching the layers to each other via a weak so called van der Waals interaction - similar to how a sticky tape attaches to a flat surface.

In the ground-breaking study published in Nature, scientists have also found that the properties of the new hybrid material can be precisely controlled by twisting the two stacked atomic layers, opening the way for the unique design of new materials and electronic devices for future technologies.

The idea to stack layers of different materials to make so-called heterostructures goes back to the 1960s, when semiconductor gallium arsenide was researched for making miniature lasers – which are now widely used.

Today, heterostructures are common and are used very broadly in semiconductor industry as a tool to design and control electronic and optical properties in devices.

More recently in the era of atomically thin two-dimensional (2D) crystals, such as graphene, new types of heterostructures have emerged, where atomically thin layers are held together by relatively weak van der Waals forces.

In the study researchers used van der Waals heterostructures made out of so-called transition metal dichalcogenides (TMDs), a broad family of layered materials.

The researchers found that when two atomically thin semiconducting TMDs are combined in a single structure their properties hybridize, and this hybridization makes electrons in the hetorostructure feel the effect of moiré periodic structure that always appears when to lattices with slightly different period or with the same period but a small twist angle are placed on the top of each other.

Professor Tartakovskii added: “The more complex picture of interaction between atomically thin materials within van der Waals heterostructures emerges. This is exciting, as it gives the opportunity to access an even broader range of material properties such as unusual and twist-tunable electrical conductivity and optical response, magnetism etc. This could and will be employed as new degrees of freedom when designing new 2D-based devices.”

Scientists believe the study shows huge potential for the creation of new types of materials and devices.

Professor Vladimir Falko, Director of the National Graphene Institute said: “By controlling the hybridization of electron’s states in heterostructures and also using moiré superlattice effects, which are generic for heterostructures of atomically thing films, we acquire a new handle for tailoring optical properties of materials.”

Researchers would like to do further studies to explore more material combinations to see what the capabilities of the new method are.