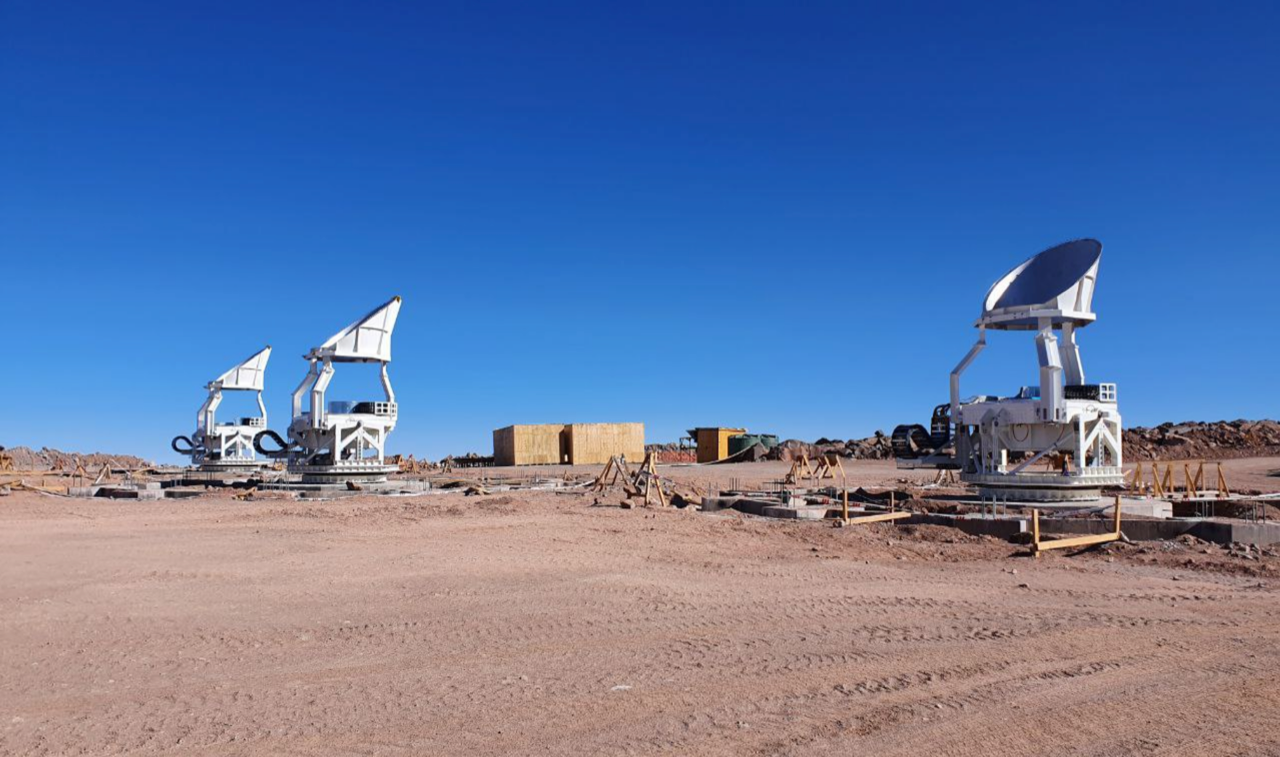 UK joins mission to search for the origins of the Universe

The UK has joined an international astronomy mission to search the skies for cosmic origins of the universe.

With new investment, six UK universities will deliver a major upgrade to the cosmic microwave background (CMB) experiment known as Simons Observatory (SO).

The CMB is the trail of heat left by the Big Bang, and studying its tiny fluctuations help scientists to understand how the Universe was formed.

The University of Manchester is the lead institute on the SO:UK project. One of the two telescope receivers will be assembled and tested at the University, while one of the SO:UK telescope mounts will be installed at Jodrell Bank Observatory. Both of the receivers will in turn be installed on the mount at Jodrell Bank for full system verification tests before being shipped to the observing site in Chile. In addition, The University of Manchester will host the SO:UK data centre and will play a major role in the pipeline development work.

SO is a ground-based telescope on a mountain 5200m (17,000 feet) above the Atacama Desert in Chile. Prior to the new UK contribution, SO was comprised of a single large aperture telescope and three small aperture telescopes.  Together, they will make precise and detailed observations of the CMB, the heat left over from the hot, early days of the history of the Universe.

Observations with SO promise to provide these breakthrough discoveries that will help us understand how the Big Bang led to the formation of stars and galaxies.

SO is poised to become the leading CMB project of the 2020s. It will address some of the most profound questions in all of science. With this major new funding, UK scientists will continue to play a world-leading role at the forefront of this high-profile science area.

The two types of telescope on SO will do two different jobs. The small aperture telescopes are focussed on searching for signatures of primordial gravitational waves. If detected, this signal would open a unique observational window on physics at very early times, and at ultra-high energies.

The large aperture telescope will address a range of unsolved questions including the nature of neutrinos and other relativistic species, the nature of dark matter, and the physics giving rise to the observed accelerated expansion of the Universe.

Starting this month, the six universities delivering the major new UK contribution are:

With £18 million funding from UK Research and Innovation, through the UKRI Infrastructure Fund, the UK will be leading on two additional telescopes providing a major increase in the sensitivity of the facility, along with UK expertise in data processing and analysis.

The UK lead, Professor Michael Brown, of The University of Manchester, said: “SO is poised to become the leading CMB project of the 2020s. It will address some of the most profound questions in all of science. With this major new funding, UK scientists will continue to play a world-leading role at the forefront of this high-profile science area.”

Dr Colin Vincent, Associate Director for Astronomy at STFC, said: “This major investment by UKRI will allow UK researchers to spearhead discoveries alongside partners in this international facility, uncovering the secrets from the very dawn of time.”

UK joins mission to search for the origins of the Universe