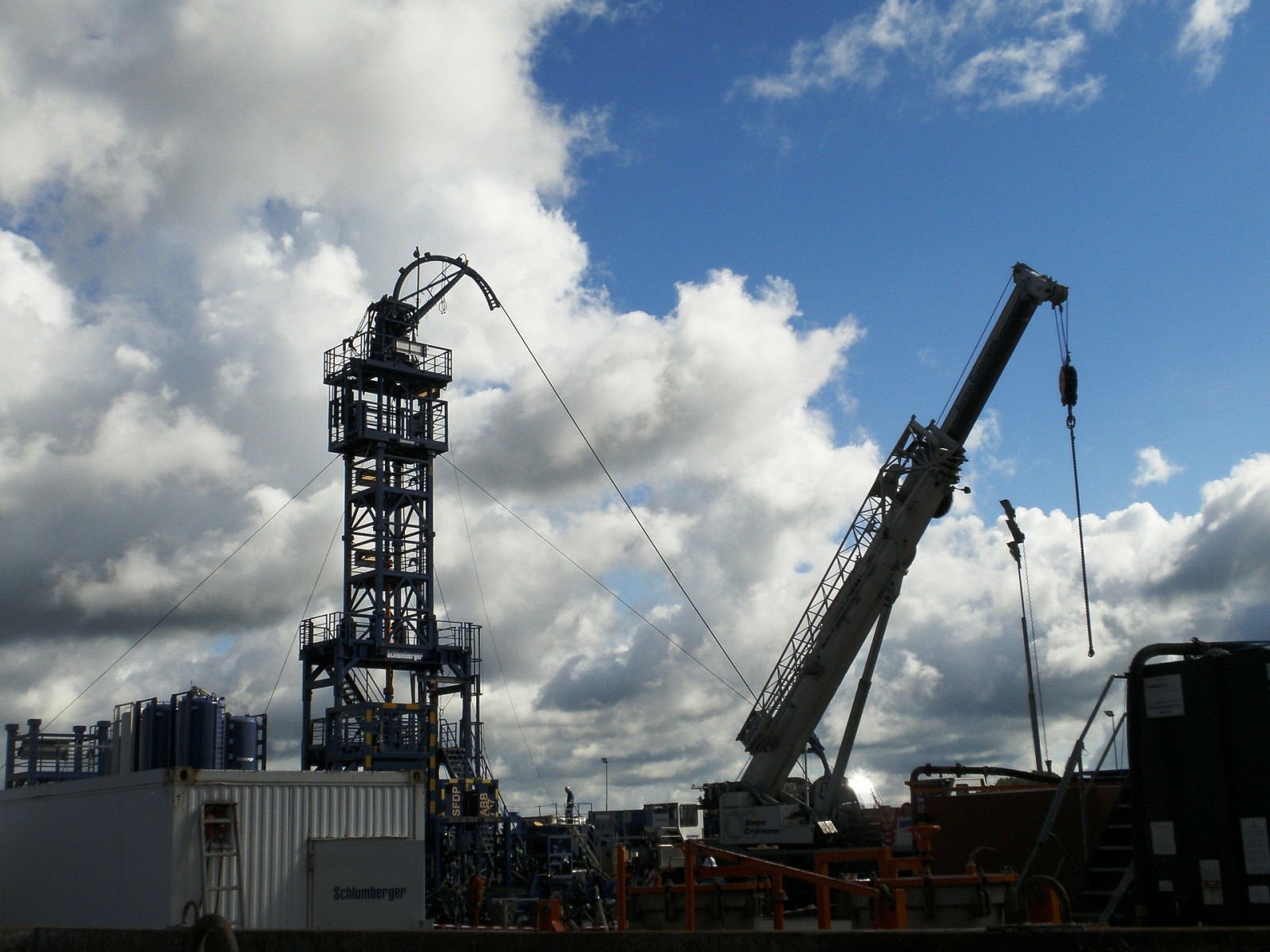 Fracking operations at a site in Blackpool, UK, have caused an unintended release of methane gas into the atmosphere to the equivalent environmental cost of 142 trans-Atlantic flights according to new research.

Operations at the Preston New Road shale gas site led to a venting of around 4.2 tonnes of methane gas to atmosphere that was detected at a nearby monitoring station installed by researchers from The University of Manchester. The research team was led by Prof Grant Allen, and reported in the Journal of the Air and Waste Management Association.

Elevated methane (CH4) concentrations in the air were measured at an atmospheric monitoring station near the Preston New Road (PNR) shale gas site over a one-week period in January 2019. Analysis showed this to be a result of the release of non-combusted methane from the flare stack at the shale gas site following operations to clean out the 2.3 km deep shale gas well. During the emission event, UAVs (unmanned aerial vehicles) were deployed to map the vertical and horizontal extent of the methane plume.

Professor Grant Allen, Professor of Atmospheric Physics and leader of the project at The University of Manchester, said: “Our work shows that atmospheric monitoring of shale gas activity is crucial to meaningfully assess any role that the industry may have in the UK’s future energy mix and whether it can (or cannot) be consistent with the UK’s stated aim of achieving net-zero carbon emissions by 2015.

“This work informs that debate and provides new data on emissions from well-clearing activities that must be captured in industry life cycle assessments, and should be used to inform regulatory oversight and industrial practices surrounding venting activities such as the event quantified here. Such emissions should be avoided wherever possible.”

Identification of the methane emissions from the site was made by comparing the data with two years of baseline measurements, taking into account variability due to season and wind direction. The baseline monitoring was carried out by The University of Manchester as part of a British Geological Survey-led environmental monitoring project and supported by the Department of Business Energy & Industrial Strategy (BEIS).

Our work shows that atmospheric monitoring of shale gas activity is crucial to meaningfully assess any role that the industry may have in the UK’s future energy mix and whether it can (or cannot) be consistent with the UK’s stated aim of achieving net-zero carbon emissions by 2050.

Three different methods were used to estimate the methane release rate. Peak release rate was estimated to be approximately 70 g s-1, with an average over the whole week of 16 g s-1. The estimated total mass of methane emitted during the event was 4.2 (± 1.4) tonnes. In terms of greenhouse warming potential, this is equivalent to 143 tonnes CO2 using the default 100-year time horizon conversion factor (GWP100), the annual electricity demand of 166 UK homes, or 142 London-New York flights.

Dr Jacob Shaw, Research Associate from The University of Manchester and lead author of the paper says: “The dangerous consequences of global warming are now beginning to become evident. Routine monitoring and scrutiny of the fossil fuel industry is crucial if we are to curb impacts, and also if we are to meet the UK Government’s Net Zero targets.”

The research found that independent estimates of methane emissions during the early stages of hydrocarbon development are not routinely made, nor are they generally understood for well development, well-unloading and well-stimulation activities. This may mean that greenhouse gas emissions are currently under-represented in lifecycle analysis of the overall carbon footprint of unconventional gas as an energy source. It will be important to include such processes in future greenhouse gas evaluations.

Professor Rob Ward, Policy Director at British Geological Survey said: “This study demonstrates the importance of establishing effective monitoring at oil and gas sites to establish the baseline and then enable detection and quantification of any emissions that might arise. Not only is this important for managing what might be a hazardous situation, it is also important for properly assessing greenhouse gas emissions.”