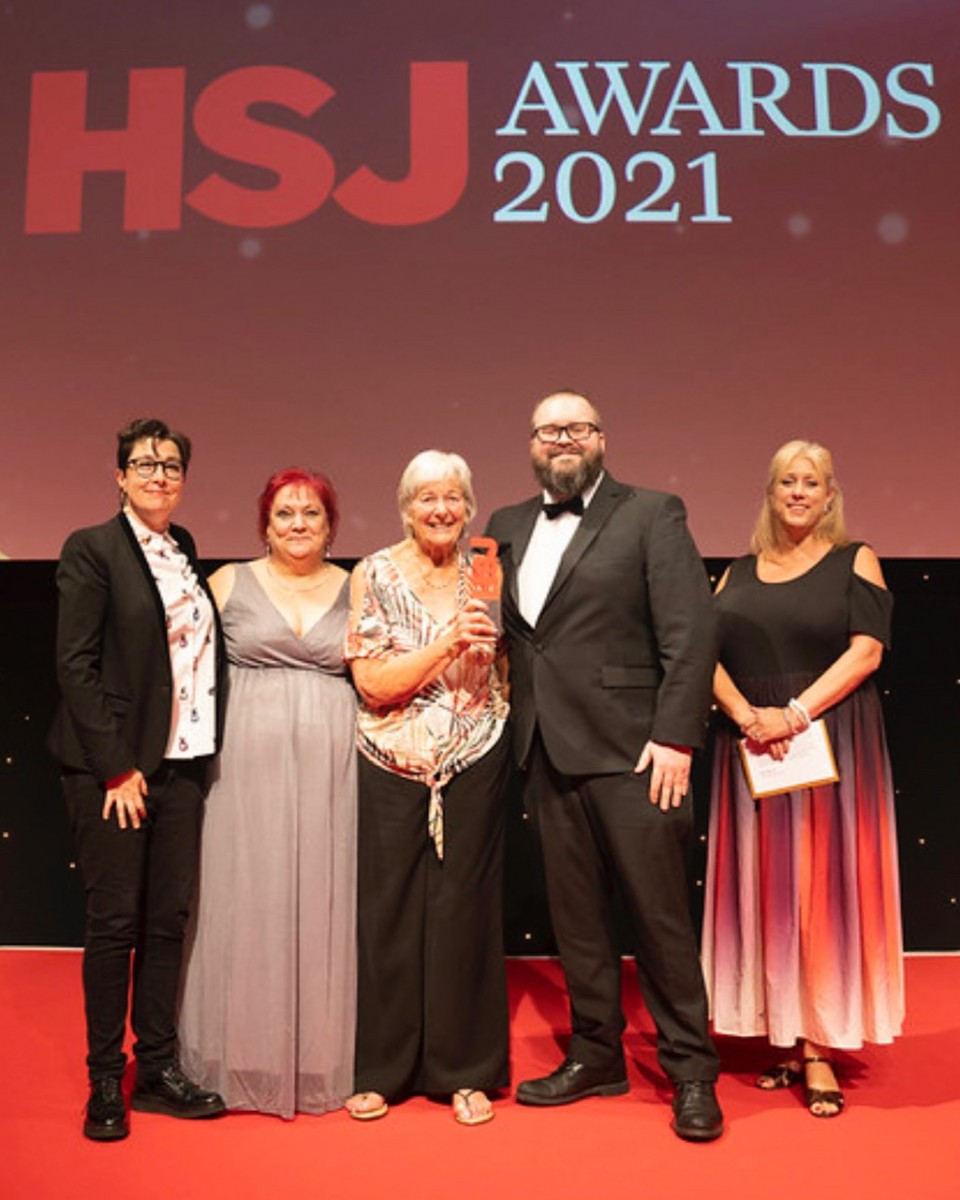 An innovative partnership which has led to the creation of a network of volunteers recruited to prevent strokes has won a prestigious national award.

"For me – the personal gain is just ONE person who is positive and is referred to their GP for investigation which will hopefully minimise the effect of AF on their lives," volunteer ambassador Wendy Westoby said. "It never ceases to amaze me how people generally aren’t aware of how to check their own pulse rate and rhythm."

Wendy is currently volunteering as a patient representative on the Trial Steering Group of Professor Craig Smith’s CHOSEN trial- which is looking at oral health interventions in the early days after Stroke.

He  is a Professor of Stroke Medicine at The University of Manchester and a clinician at Salford Royal Foundation Trust, working  within the Division of Cardiovascular Sciences and the Geoffory Jefferson Brain Research Centre.

The AF Ambassador role was created by the Innovation Agency in partnership with the Stroke Association to prevent strokes – saving lives and avoiding life-changing disabilities. Using portable ECG devices to identify people who may have atrial fibrillation (AF) – an irregular heartbeat which can lead to a life-threatening stroke - volunteers were recruited to help spot friends, colleagues and relatives at particular risk.

It is estimated that in the North West Coast region there are over 20,000 people who have AF. The initiative is predicting to identify over 1,000 new cases of atrial fibrillation during the initial two year campaign which could prevent up to 34 strokes and save more than £750,000 in associated health care costs.

"This award is truly a team effort and I am really proud of our work and the AF ambassadors," Debbie Parkinson, public involvement lead for the Innovation Agency said: "Detecting AF, helping prevent stroke and saving lives is thanks enough, but this award will help us make more people aware and understand the importance of #knowyourpulse."

Dr Phil Jennings, chief executive of the Innovation Agency, said: "This is a fantastic achievement and richly deserved. It’s great to see this team who have worked relentlessly often in their own time to receive recognition - well done!"

The Innovation Agency-led work to proactively manage patients with asthma in Knowsley was also shortlisted in the Primary Care Innovation of the Year category which was won by a palliative care phone service operated in Cambridgeshire.

Comedian and presenter Sue Perkins, along with HSJ editor Alastair McLellan announced the winners of 23 categories at the culmination of a process that had involved two judging stages,136 judges and 1,008 entries.

“I’d like to offer my congratulations to the Innovation Agency," Alastair McLellan said. "It is always so inspirational to see projects adapting, developing and improving their services for the benefit of patients across the country."