BA English Literature and American Studies
Combine literature with the history, politics and popular culture of the United States.
Apply through UCAS 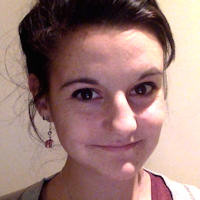 "The academic staff are renowned for their teaching, and that definitely proved to be the case in my three years here.''

"The level of support that I received throughout my time here has been unparalleled, and that's something that attracted me to Manchester in the first place." 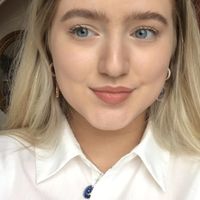 ''English Literature and American Studies Joint Honours enables me to study the interplay of culture and politics and understand the societal consequences of historical events on a deeper level.''

BA English Literature and American Studies gives you the opportunity to combine the study of American literatures, history, and culture, with a wider exploration of the literatures of the world and training in English Studies.

As well as providing you with access to the traditional range of English Literature modules, which encompass the Anglo-Saxon period through to the contemporary novel, this degree will also give you grounding in the methods and debates of American Studies, providing you with a large palette of analytical tools.

You will be introduced to the political, legal, and administrative frameworks of US politics and society, and become familiarised with a raft of concepts that have obvious wider reach in contemporary global society. These include:

Working with such concepts will help to refine your critical perspectives on literature, encouraging you to place such works within broader historical, political, and cultural patterns.

By working with materials taken from the worlds of film, music, and cultural debate, you will also come to think about where the boundaries of literature might lie.

Students on this programme are encouraged to take advantage of the opportunities for study abroad, especially with our partner institutions in North America and Europe.

Find out more about our North American partners and European partners.

You'll also become part of a thriving community of students, lecturers and writers at The University of Manchester, based in the heart of a UNESCO City of Literature that has produced some of the world's greatest writers and has a thriving literature and arts scene, including major events like Manchester Literature Festival.

You can apply to spend one semester  studying abroad  during the second year of your degree.

Exchange partners are offered in Europe through the Erasmus Exchange scheme, as well as the USA, Canada, Australia, New Zealand, Hong Kong and Singapore via the Worldwide Exchange scheme.

Apply your subject-specific knowledge in a real-world context through a  placement year  in your third year of study, enabling you to enhance your employment prospects, clarify your career goals and build your external networks.

The Centre for New Writing also hosts a regular public event series, Literature Live, which brings contemporary novelists and poets to the University to read and engage in conversation.

You can get to know your fellow students outside of your course by joining the English Society or volunteering to work on the student-run Sonder Magazine.

Learn more on our  Societies  page.

You can also join the University of Manchester American Studies Society (UMASS), which organises social events and cultural activities with an American theme.

Study at the home of the UK's first-ever Department of American Studies and interact with scholars who are actively engaged in cutting-edge research at the forefront of new developments and ideas.

For every hour spent at university, you will be expected to complete a further two to three hours of independent study.

The individual study component could be spent reading, producing written work, or revising for examinations.

Your second-year work counts toward 33% of your final degree result. Your third-year work accounts for the remaining 67%.

You will study 60 credits from each discipline in your first year.

Your degree becomes more flexible as you progress into Year 2.

You can also apply to spend some of your second year abroad in the US.

The course holds more than 20 exchange partnerships with institutions across North America, including North Carolina State, University of Illinois, Rutgers University, and the University of Toronto.

Home to one of the world's richest and most unique collections of manuscripts, maps, works of art and objects.

One of only five National Research Libraries; you'll have access to our internationally renowned medieval, Victorian and American literary collections, including the Walt Whitman Collection and the Upton Sinclair Collection.

You'll also have access to other cultural assets on campus, including the award-winning Whitworth Art Gallery and Manchester Museum .

Find out more on our facilities page.

Practical support and advice for current students and applicants is available from the Disability Support Office. Email: disability@manchester.ac.uk