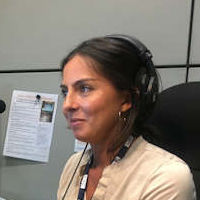 The beauty of studying English Literature and French is that it felt like I was also doing history, film, sociology and linguistics degrees, because both subjects are so vast and varied.

The core language modules are structured fantastically and taught me how to be independent when learning a language.

BA English Literature and French will enable you to explore a wide range of texts dating from a variety of periods.

You will also develop a comprehensive grounding in French language, literature, culture, history, and linguistics, enabling you to become proficient enough in French to live and work effectively in a French-speaking environment.

Your  year abroad  will offer the opportunity to gain first-hand experience of life in a French-speaking country, and further develop your language skills.

The Centre for New Writing  also hosts a regular public event series, Literature Live, which brings contemporary novelists and poets to the University to read and engage in conversation.

You can get to know your fellow students outside of your course by joining the English Society.

Learn more about our English Literature and Creative Writing societies .

You can also join The Francophone Society and benefit from French classes, discussion groups, cheese and wine nights, film screenings, themed socials, and a yearly trip to Paris.

Learn more about our Modern Languages and Cultures societies .

Collaboration with the Institut de Touraine

In the Loire Valley, the Institut hosts Easter and Summer French language classes dedicated to University of Manchester French students, appropriate for both ab initio students and finalists.

For every hour spent at University, you will be expected to complete a further two to three hours of independent study.

The individual study component could be spent reading, producing written work, revising for examinations or working in the University's Language Centre.

Your second-year work counts toward 33% of your final degree result.

Your third-year work accounts for the remaining 67%.

You will study 60 credits from each discipline.

You will study 120 credits, and may choose to study up to 80 credits from either discipline or maintain an equal weighting between the two.

You will spend your third year abroad studying and/or working in a French-speaking country under approved conditions.

You will study 120 credits, and may choose to study up to 80 credits from either discipline or maintain an equal weighting between the two.

Home to one of the world's richest and most unique collections of manuscripts, maps, works of art, and objects.

Find out more about the John Rylands Library .

Find out more about the Centre for New Writing .

One of only five National Research Libraries; you'll have access to our internationally renowned archival collections which range from the medieval period to the present day.

From a miniature 'Book of Hours' which once belonged to Mary, Queen of Scots, through major Victorian novelists such as Elizabeth Gaskell and George Gissing, key American writers including Walt Whitman and Upton Sinclair, and up to the present day with our Modern Literary Archives, you'll be amazed by the treasures on offer.

Find out more about The University of Manchester Library .

As well as making use of the wider University library network, you will have access to the University Language Centre, a modern open learning facility where you can study independently and make use of a library and audio-visual resources.

There are also language laboratories and multimedia facilities.

You'll also have access to other cultural assets on campus, including the award-winning  Whitworth Art Gallery  and  Manchester Museum .

Find out more on the Facilities pages for English Literature and Creative Writing and Modern Languages and Cultures .