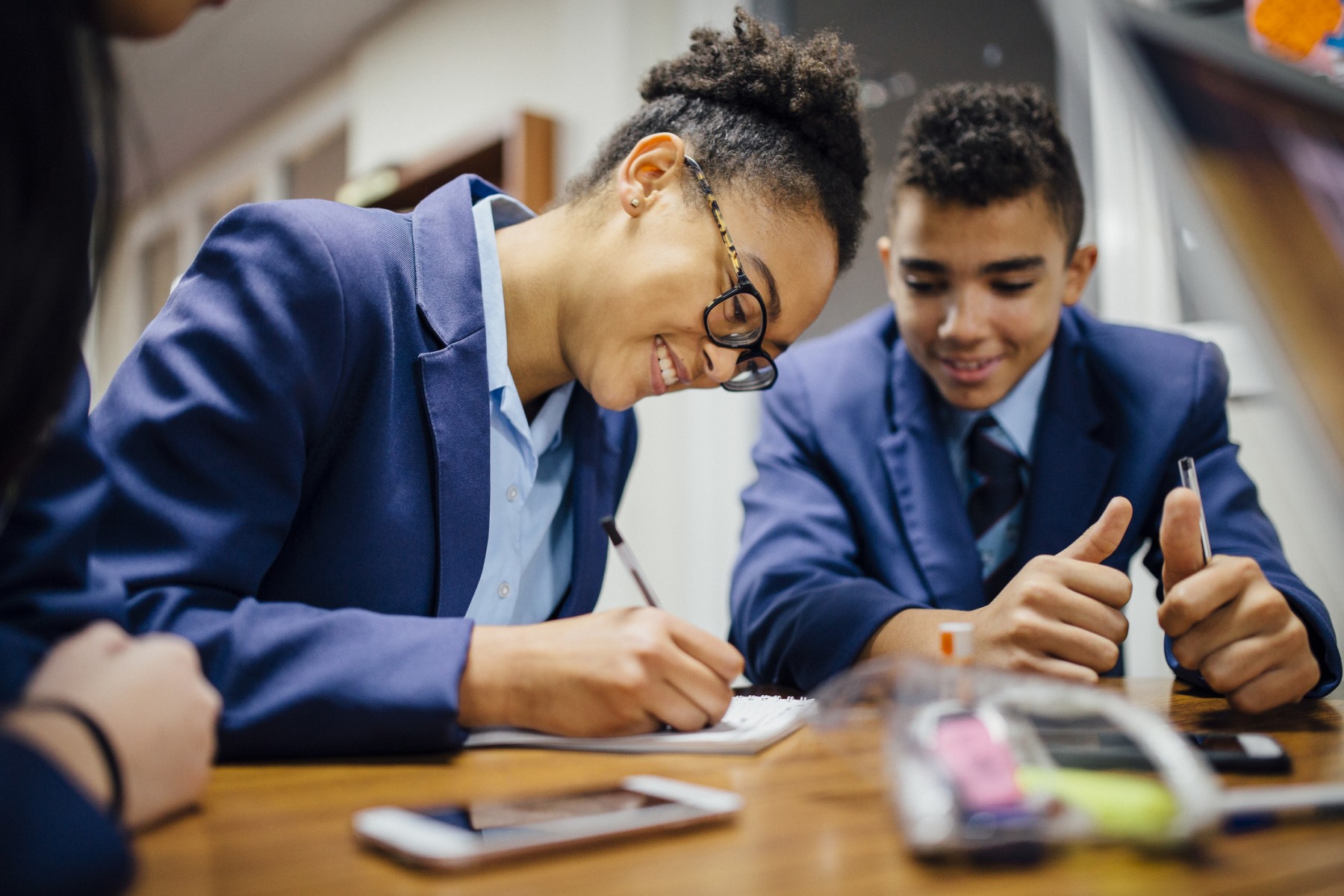 beewell
Teen students are working together and taking notes in lesson time at school.

A pioneering programme to address challenges facing young people in the post-Covid world will be offered to all secondary schools across Greater Manchester this autumn following a successful £1.2m fundraising effort by The University of Manchester, The Anna Freud Centre, the Greater Manchester Combined Authority, and The Gregson Family Foundation.

The programme - which will be named #BeeWell following wide consultation with young people across Greater Manchester - will be rolled out across secondary schools in Greater Manchester for three years, starting this autumn. It will use standardised assessment and monitoring to support and inspire holistic efforts to improve the wellbeing of young people.

Co-created with young people, the annual #BeeWell survey is the first of its kind across a city region and will hear from tens of thousands of young people in its first year.The fundraisers exceeded their targets, securing financial support from five funders in addition to commitments from the original #BeeWell partners. These include grants from Paul Hamlyn Foundation, The Holroyd Foundation, The National Lottery Community Fund, The Oglesby Charitable Trust and The Peter Cundill Foundation.

As the recovery agenda takes off, #BeeWell – which combines academic expertise with youth-led change across the city region - has garnered significant interest from grant-giving institutions and other groups. As a result, the original #BeeWell partners will now explore further fundraising for additional activities to embed within the programme, in order to enhance its effectiveness and impact.

Newly re-elected Mayor of Greater Manchester Andy Burnham, alongside the Greater Manchester Combined Authority and The University of Manchester, will lead efforts in the coming months to secure the participation of as many as possible of the 267 secondary schools across the city region in #BeeWell.

Participating schools will receive confidential reports and insights over the three years to inform and complement the work that they already undertake to support the wellbeing of their pupils.In addition, subject to very significant numbers of schools participating, #BeeWell partners will mobilise communities by providing insights into the experiences of young people across the 60 neighbourhoods of Greater Manchester. Some 40 organisations have already confirmed their support for #BeeWell, and have committed to respond to the issues raised by young people through the survey.

The programme builds on the GM Life Readiness Survey and The National Lottery Community Fund’s HeadStart Programme, a £67.4m mental health initiative which, through its Wellbeing Measurement Framework, has surveyed more than 100,000 young people over five years.

The overarching objectives of #BeeWell are to improve the wellbeing of young people across Greater Manchester and, in due course, inspire a national conversation about rebalancing the national education system so it treats wellbeing as an outcome equal and complementary to academic attainment.

Building on the foundations of the HeadStart project and our long-standing collaboration with The Anna Freud Centre, #BeeWell is a powerful example of the kind of work that the University of Manchester does at the heart of our great city-region, which led to it being ranked as the world’s number one University in the Times Higher Education Impact Rankings.

Sir Michael Marmot said: “As our nation seeks to Build Back Fairer, this pioneering work across Greater Manchester will build on the clear need to focus on the socio-economic determinants of health and wellbeing inequalities. My colleagues at UCL and I look forward to working with the team in Greater Manchester, and the outstanding group of research organisations also supporting #BeeWell, to focus all of our efforts in supporting the improvement of the wellbeing of young people across the city region, and in due course nationally.”

David Gregson, Chair of the #BeeWell Advisory Board, said: “#BeeWell has been driven by the need to embrace the voices of young people in shaping their, and the nation’s, future. We are determined to provide critical insights into young people’s lives and inspire a wide coalition of actors in neighbourhoods across the city region to take targeted action. We want the wellbeing of young people across Greater Manchester, and the entire country, to be everyone’s business”.

Meera and Bethan, members of the Greater Manchester Youth Combined Authority, said: “Having young people be at the centre of every step in a new project is rare, which is why #BeeWell has been such an incredible experience. The process of inputting our thoughts on the questionnaire has been a valuable opportunity and allowed us to take part in creating real change within our community.”

For more information about the #BeeWell programme, visit https://www.manchester.ac.uk/discover/social-responsibility/civic/greater-manchester-young-peoples-wellbeing-programme/