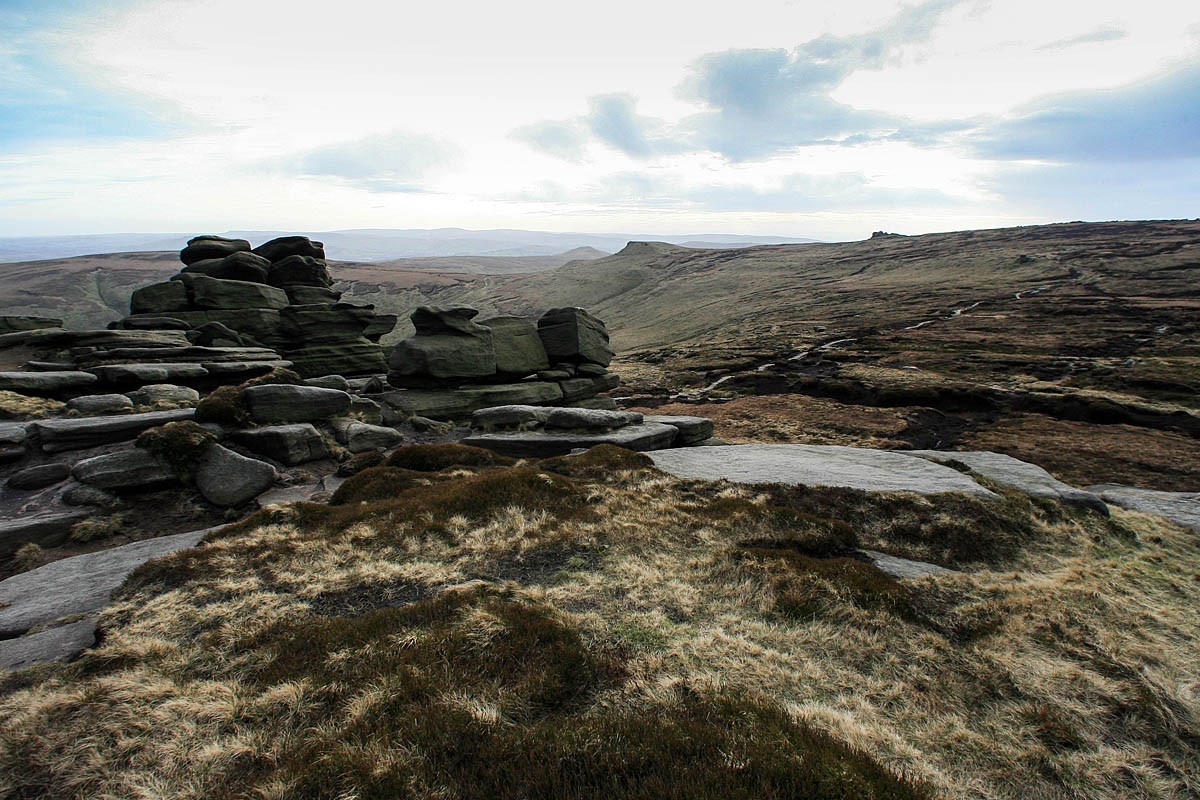 Caring for the hills protects us from flooding, says new research

A restoration scheme on the hills of the Peak District has the potential to reduce the level of flood risk to the towns and villages below, according to researchers.

Moors for the Future Partnership has restored over 32 square kilometres of bare peat since its formation in 2003 through a range of interventions, including stabilising bare peat, and blocking erosion gullies with dams. The measures were put in place to tackle the destructive impact of climate change, pollution, wildfires and unsympathetic management of the land.

But experts also think that sustainable management in the Peak District has the potential to alleviate flood risk downstream in at-risk communities such as Glossop, which was badly affected in 2002.

The study details the findings of the Making Space for Water project, a collaboration between the Manchester researchers and Moors for the Future Partnership. It is published in Journal of Hydrology X, and was funded by the Department for Environment, Food and Rural Affairs (DEFRA).

Using test areas on Kinder Scout, the team that found that re-vegetation of bare peat and damming up gullies reduces the peak volume of flow by 57%, and triples the time between peak rain and peak flow.

The increase in roughness provided by the vegetation and gully blocks slows the flow of water across the landscape. This lessens the impact of storm events by slowing the delivery of water from hillslopes to rivers below, and if implemented widely can help reduce flood risk downstream.

​Though this restoration work has been pioneered by Moors for the Future Partnership for over 15 years, the focus has largely been on erosion control and improving biodiversity. The new research shows that flood control can now be added to the many benefits of restoring damaged peatlands. This is an example of natural flood management, which seeks to restore natural river processes that have been adversely affected by human actions.

“Restoration work is happening across many upland areas of the UK, and so our findings suggest that other regions may be benefiting from as yet unaccounted for flood control improvements,” said Professor Allott.

“This work is continuing through our new NERC-funded project, Protect-NFM, which builds on the findings of the paper, and will explore ways to optimise landscape restoration as a low-cost way to reduce the risk from flash flooding in rural communities near steep upland streams and rivers,” added Professor Evans.

“This work presented here is an important step in evidencing how blanket bog conservation reduces flood risk,” said Dr Dave Chandler, Science Programme Manager at Moors for the Future Partnership. “It clearly demonstrates the huge magnitude of this effect in the uplands, confirming our theory that one of the many benefits of repairing damaged blanket bog is a reduction in flow rates from the uplands. It is also an important step in evidencing the key ecosystem services provided by healthy blanket bogs, and the impact of our conservation work for the communities in the valleys below.”

“Peatlands are a fantastic resource and restoration projects have multiple benefits to the environment,” said Christian Wilcox, Area Flood and Coastal Risk Manager for the Environment Agency. “We are pleased to be involved in this study by supporting the team with hydrometric data and advice. We are curious and interested to see what the findings will show in terms of evidence for flood risk reduction and look forward to seeing another example of how natural flood risk management can leave a real legacy of multiple benefits for future generations. Projects such as this that have the potential to deliver habitat, flood risk, and wider health and well-being benefits are always exciting to be a part of.”

Caring for the hills protects us from flooding, says new research