Ethnic diversity is good for your health, reveal researchers
Newsroom

Ethnic diversity is good for your health, reveal researchers 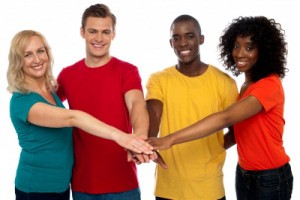 A study by social scientists at The University of Manchester has revealed that Britain’s most ethnically diverse neighbourhoods are also the healthiest.

According to the team at the University’s Centre on Dynamics of Ethnicity (CoDE), diversity is associated with higher social cohesion and a greater tolerance of each other’s differences.

Someone from an ethnic minority is less likely to report racial discrimination in an ethnically diverse neighbourhood, when compared to living in less diverse areas they also reveal.

Rather than diversity, the team show that it is a neighbourhood’s high level of deprivation which is associated with poor physical and mental health, low social cohesion and race discrimination.

Ethnic diversity is beneficial , they argue, because it is associated with less racism and discrimination, more social cohesion, and stronger social support networks.

The findings, based on analysis of census and survey data, are to be presented to a conference for University of Manchester researchers, policy makers, and community organisations tomorrow (31 May).

Professor James Nazroo, Director of CoDE, said: “Our research and this conference is all about setting the record straight on those diverse neighbourhoods which are so widely stigmatised.

“So often we read in our newspapers and hear from our politicians that immigration and ethnic diversity adversely affect a neighbourhood. But careful research shows this to be wrong.

“In fact, the level of deprivation, not diversity, is the key factor that determines these quality of life factors for people in neighbourhoods.

“It’s deprivation which affects those Caribbean, Black African, Pakistani, and Bangladeshi people who are disproportionately represented in these neighbourhoods, as well as those white people who live alongside them.”

Also according to the researchers, one-in-five people (20%) identified with an ethnic group other than White British in 2011 compared with 13% in 2001.

The ethnic minority populations of England and Wales live in more mixed areas in 2011, and this mixing has accelerated over the past ten years.

Traditional clusters of ethnic minority groups have grown, but the rate of minority population growth is greatest outside these clusters. Ethnic diversity is spreading throughout the country.

The team today publish a briefing which urges policy makers to prioritise tackling the concentration of poverty in terms of people and places, allowing the benefits of neighbourhood ethnic diversity to be more widely felt.

Dr Laia Becares said: “Increased diversity is beneficial for all ethnic groups so we say the policy agenda should develop strategies for inclusiveness rather than marginalising minority identities, religions and cultures.

“Policies aimed at reducing the stigmatisation of diverse neighbourhoods and promoting positive representations can only be a good thing.”

Photo courtesy of Stockimages and http://www.freedigitalphotos.net/

Diverse Neighbourhoods: Policy messages from The University of Manchester is taking place at Manchester Town Hall, Banqueting Room, on 31 may from 10am to 4pm

The briefing  Diversity or deprivation – what’s the issue? Research evidence and policy recommendations from the University of Manchester is available on request or at http://www.ethnicity.ac.uk/