Henry Moseley – one of the brightest hopes in British physics – lost his life today (10 August, 1915) at just 27 years old during the Gallipoli campaign, the bloodiest battle of World War One. 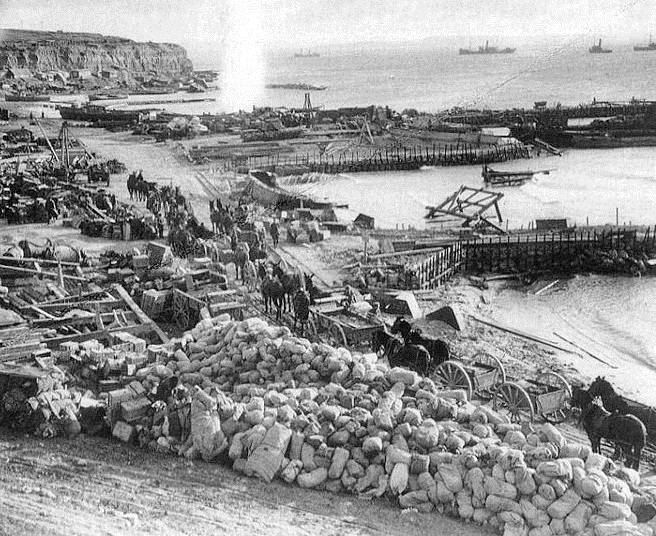 w_beach_helles_gallipoli.jpg
The University of Manchester is commemorating the death of this prominent physicist often cited as the most costly death of WW1.

Moseley, a lecturer in physics at the University, conducted work that helped to prove the structure of the atom and explained the basis of the chemists’ periodic table.

Dr James Hopkins, University of Manchester Heritage manager, said: “Working under the direction of Ernest Rutherford, and with fellow physicist C. G. Darwin, Charles Darwin’s grandson, he observed and measured the X-ray spectra of chemical elements by diffraction in crystals.

“Through this method, Moseley discovered a relationship between wavelength and atomic number – an outstanding contribution to science now known as Moseley’s law.”

Moseley’s ground-breaking discovery led him to rearrange the chemical elements by number of protons, enabling him to predict four missing chemical elements, and laid out the basis for the modern periodic table.

Dr Hopkins said: “When WWI broke out, Moseley enlisted in the British Army and obtained a commission as lieutenant in the Royal Engineers. On August 10, 1915, he was in the midst of sending a military order at Gallipoli when he was killed by a sniper’s bullet.

“Due to the scale and impact of his achievements at such as young age, his death has been considered the Great War’s greatest loss. Following his death, the British government introduced a policy that disallowed the country’s prominent scientists from engaging in combat duty.”

Last August to mark the centenary of the Great War, the University launched a tribute to the more than 600 staff and students who lost their lives, each month, 100 years after they died.
“

"Moseley discovered a relationship between wavelength and atomic number – an outstanding contribution to science now known as Moseley’s law.

"On August 10, 1915, he was in the midst of sending a military order at Gallipoli when he was killed by a sniper’s bullet."

The updates tell the stories of those who lost their lives and are published on a special website to commemorate the centenary of start of the WW1 on August 4.

A number of other soldiers with a connection to the University died during the Gallipoli campaign, in which more than 100,000 troops were lost and hundreds more wounded.

The website also contains revealing transcripts of letters written to Professor Thomas Frederick Tout, by current and former students in the armed forces, which are held at the John Ryland’s Library.

Robert Harold Bedford, a history student who left his course to join the armed forces, wrote to Tout describing his need for intellectual respite from the harsh realities of army life.

He wrote: “When I tell you that we are on parade for nine hours every day and that our leisure time is taken up with kit inspections, feed inspections, gas drills, roll call, orderly room and a multitude of other things, you will see that reading is out of the question…”

“Given the chance I could sit in the biggest library and read every book cover to cover.”

Bedford survived the Battle of Gallipoli but was killed on the Western Front on 25 March, 1918.

His letter provides a snapshot of the profound impact of WWI on the University and the significant contribution made by its staff and students.

“To gain a fuller picture of the University’s role during the Great War, we are keen for the public to get involved and submit any relevant images, letters or documents” conclude Dr Hopkins.