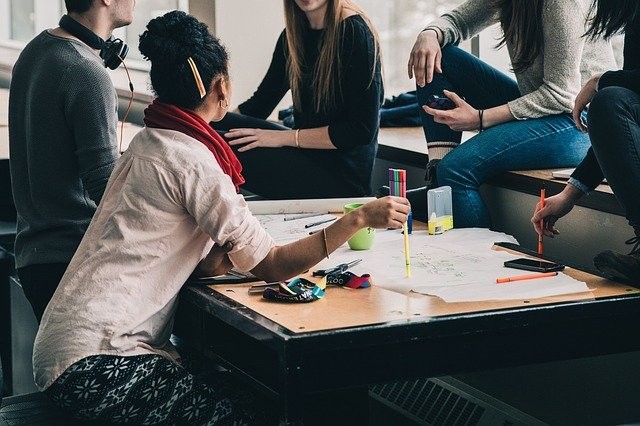 An article published in the journal Nature Geoscience has highlighted the shocking under-representation of students from ethnic minority backgrounds in the Geosciences.

The analysis indicates that geology, physical geography and environmental science are the three worst physical science subjects for representation of Black, Asian and minority ethnic students in full-time undergraduate study in UK higher education, with poor progression into postgraduate research. The authors lay out steps to address this diversity crisis and make the discipline more equitable.

These data show that Geoscience subjects, which are crucial to developing the UK’s more sustainable future, have not adequately dealt with the legacy of the past when it comes to diversity and inclusion.

The authors hope that the work will galvanise the UK community into action and encourage other science disciplines to take similar steps.

Some people will only act against discrimination if they are presented with hard data. Here is that hard data, starkly outlining an issue that has been known for a long, long time. Those in power, who are invariably in the white majority, must now act.”

Professor Chris Jackson of The University of Manchester, a co-author on the piece and recently the first Black scientist to give a Royal Institution Christmas Lecture, said: “Some people will only act against discrimination if they are presented with hard data.

“Here is that hard data, starkly outlining an issue that has been known for a long, long time.

“Those in power, who are invariably in the white majority, must now act.”

Dr Natasha Dowey, lecturer in physical geography at Sheffield Hallam University, who led the analysis, said: “It’s about time that this data is scrutinised. We see the lack of diversity every day in our university corridors.

“Our subjects are built on a legacy of imperialism and are impacted by structural barriers that discriminate against minority groups. It’s up to the entire geoscience community to make anti-racist changes and be positive allies to Black, Asian and minority ethnic students and colleagues.”

The authors recommend a range of interventions, including decolonisation work, ring-fenced opportunities for ethnic minority students, and meaningful reform of discriminatory recruitment and accreditation practices.

Ben Fernando, a PhD student at the University of Oxford and campaigner for racial equality in STEM subjects, said: “This analysis makes it undeniably clear that the geosciences in the UK has a serious diversity problem. Our hope is that by proposing concrete actions that institutions can take, this article will help form the basis for a solution”.