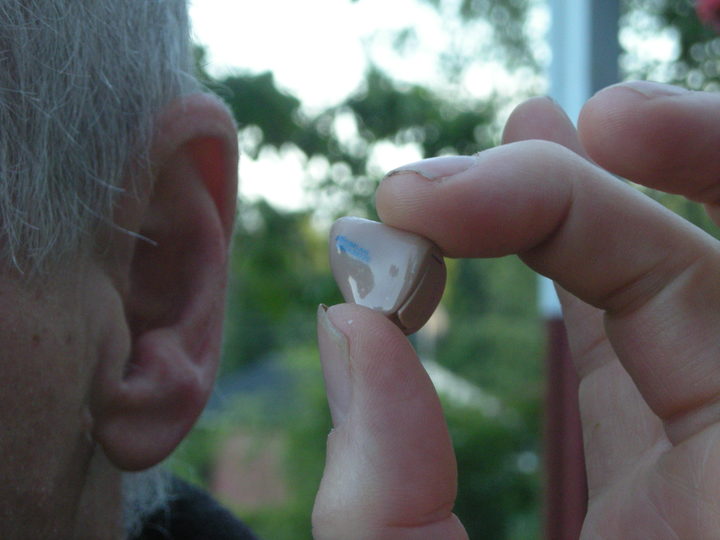 Hearing aids and cataract surgery are strongly linked to a slower rate of age-related cognitive decline, according to new research by University of Manchester academics.

According to Dr Piers Dawes and Dr Asri Maharani, cognitive decline- which affects memory and thinking skills- is slowed after patient’s hearing and sight are improved.

The rate of decline was halved following cataract surgery and was 75% less following the adoption of hearing aids.

The research on cataract surgery - which is published in PLOS ONE today– was carried out using 2,068 individuals who underwent cataract surgery between Wave 2 and Wave 6 of the English Longitudinal Study of Ageing survey from between 2002 to 2014.

They were compared with 3,636 individuals with no cataract surgery.

And the research on hearing aids, published in the Journal of the American Geriatrics Society in July, was carried out using 2040 participants in the American Health and Retirement survey from 1996 to 2014

Both surveys assess cognitive decline by testing memory, asking participants to recall 10 words immediately and then at the end of the cognitive function module.

The researchers compared the rates of decline before and after the patients had surgery or started wearing a hearing aid.

Age is one of the most important factors implicated in cognitive decline. We find that hearing and vision interventions may slow it down and perhaps prevent some cases of dementia, which is exciting-  though we can’t say yet that this is a causal relationship.

Dr Dawes said: “These studies underline just how important it is to overcome the barriers which deny people from accessing hearing and visual aids.

“It’s not really certain why hearing and visual problems have an impact on cognitive decline, but I’d guess that isolation, stigma and the resultant lack of physical activity that are linked to hearing and vision problems might have something to do with it.

“And there are barriers to overcome: people might not want to wear hearing aids because of stigma attached to wearing them, or they feel the amplification is not good enough or they’re not comfortable.

“Perhaps a way forward is adult screening to better identify hearing and vision problems and in the case of hearing loss, demedicalising the whole process so treatment is done outside the clinical setting. That could reduce stigma.

“Wearable hearing devices are coming on stream nowadays which might also be helpful. They not only assist your hearing, but give you access to the internet and other services

Dr Maharani said: “Age is one of the most important factors implicated in cognitive decline. We find that hearing and vision interventions may slow it down and perhaps prevent some cases of dementia, which is exciting- though we can’t say yet that this is a causal relationship.

“Other studies have attempted to look at rates of cognitive decline- but have not really succeeded as it’s hard to take into account demographic factors.

“But the beauty of this study is that we’re comparing the progress of the same individuals over time.”

‘Cataract surgery and age-related cognitive decline: a 13-year follow-up of the English Longitudinal Study of Ageing’ is published in Plos One.