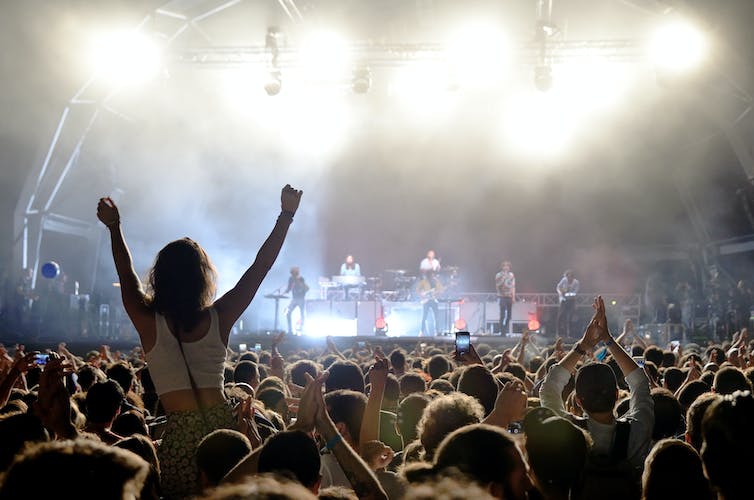 While the link between noise exposure and hearing loss is well known, it’s possible that the extent of hearing damage from noise exposure has been underestimated. This is because very subtle hearing damage can occur which is not detectable by pure-tone audiometry – the most commonly used hearing test by audiologists. This test measures our ability to detect very quiet sounds in a quiet environment.

At the Manchester Centre for Audiology and Deafness, we are trying to get a better understanding of the effects of noise exposure on hearing. In particular, we have been focusing on musicians’ hearing, as they’re at higher risk of hearing damage due to exposure to loud sounds on a daily basis.

In a recent study, we completed a detailed assessment of 123 young adults’ hearing health, starting with the external part of the ear, all the way through to the nerves that send sound signals to the brain. Our participant sample included musicians and non-musicians, aged 18-27. All participants provided a detailed account of the amount of noise exposure they’d experienced during their life, such as how often they attended clubs and concerts, and how loud they thought it was in these settings.

To put this into perspective, most amplified concerts exceed 100 decibels – meaning we shouldn’t be exposed to this level of noise for more than 15 minutes in an eight-hour period without proper hearing protection. However, unlike work-related noise, there is no specific legislation setting noise limits for audience members.

Our study showed that all participants had clinically normal hearing as measured by pure-tone audiometry. But those with the highest levels of noise exposure had poorer functioning of the minute hair cells in the inner-ear which are integral to hearing. We also found that people with higher levels of noise exposure had poorer conduction of sound signals from the hearing nerve towards the brain, which could negatively affect how the brain processes sounds. 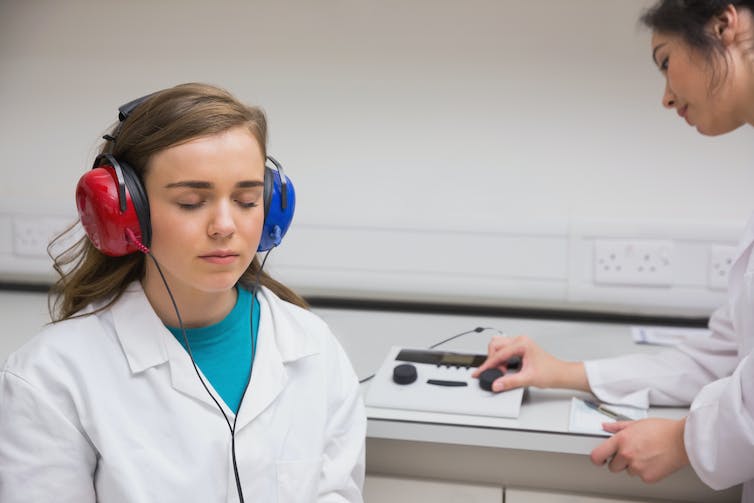 There were no differences between musicians and non-musicians. ESB Professional/ Shutterstock

A surprising finding was that we didn’t see any differences in the amount of noise exposure between musicians and non-musicians. This was because both participant groups had relatively high levels of recreational noise exposure, such as regularly attending nightclubs and concerts. Work-related activities, such as music rehearsals and performances for musicians, only contributed to a small fraction of total noise exposure.

Although these early signs of hearing damage didn’t appear to affect the participants’ listening abilities, that doesn’t mean this damage isn’t a problem. It’s possible that the effects of noise damage become worse later in life, or may accumulate with regular exposure to loud noise. Hearing damage can manifest in a number of ways, such as tinnitus - a ringing or buzzing sound in the ears - or being less able to follow a conversation in a busy room. In the current study, participants with high levels of noise exposure were more likely to report experiencing hyperacusis - an overly heightened sensitivity to everyday sounds - which could also be a sign of hearing damage.

This is especially important for musicians who will probably experience high levels of noise exposure throughout their careers whereas levels of noise exposure may begin to level-off for non-musicians as they tend to go clubbing less often as they get older. Indeed, hearing damage is a well-known problem for career musicians, with a growing list of high-profile performers who suffer from hearing problems.

But noise-induced hearing problems can be prevented. The best way is to avoid noisy situations altogether. We can also try to limit the amount of exposure we have by taking regular breaks, moving away from the sound source, or trying to reduce the volume at its source. However, it isn’t always possible to reduce the volume in musical settings.

Another problem is that people also enjoy the feeling of loud sounds as they vibrate through the body. This activates the pleasure centres of the brain and is one of the many reasons why clubbing and loud music is such an important part of youth culture. It may also be one reason people don’t want to take protective measures.

But without protective measures, damage is likely. Using earplugs may help dampen loud sounds and block them from entering the ears. The best type of earplugs to use are those designed for musicians, as they contain special filters that reduce the overall levels of sound entering the ear, but don’t ruin the quality of the music.

Crucially, what our research reveals is that all young adults who engage in noisy recreational activities without using hearing protection are at risk of hearing damage. It’s likely that without a change in our attitudes towards noise exposure and hearing protection, we will see many more people presenting with hearing problems later in life.