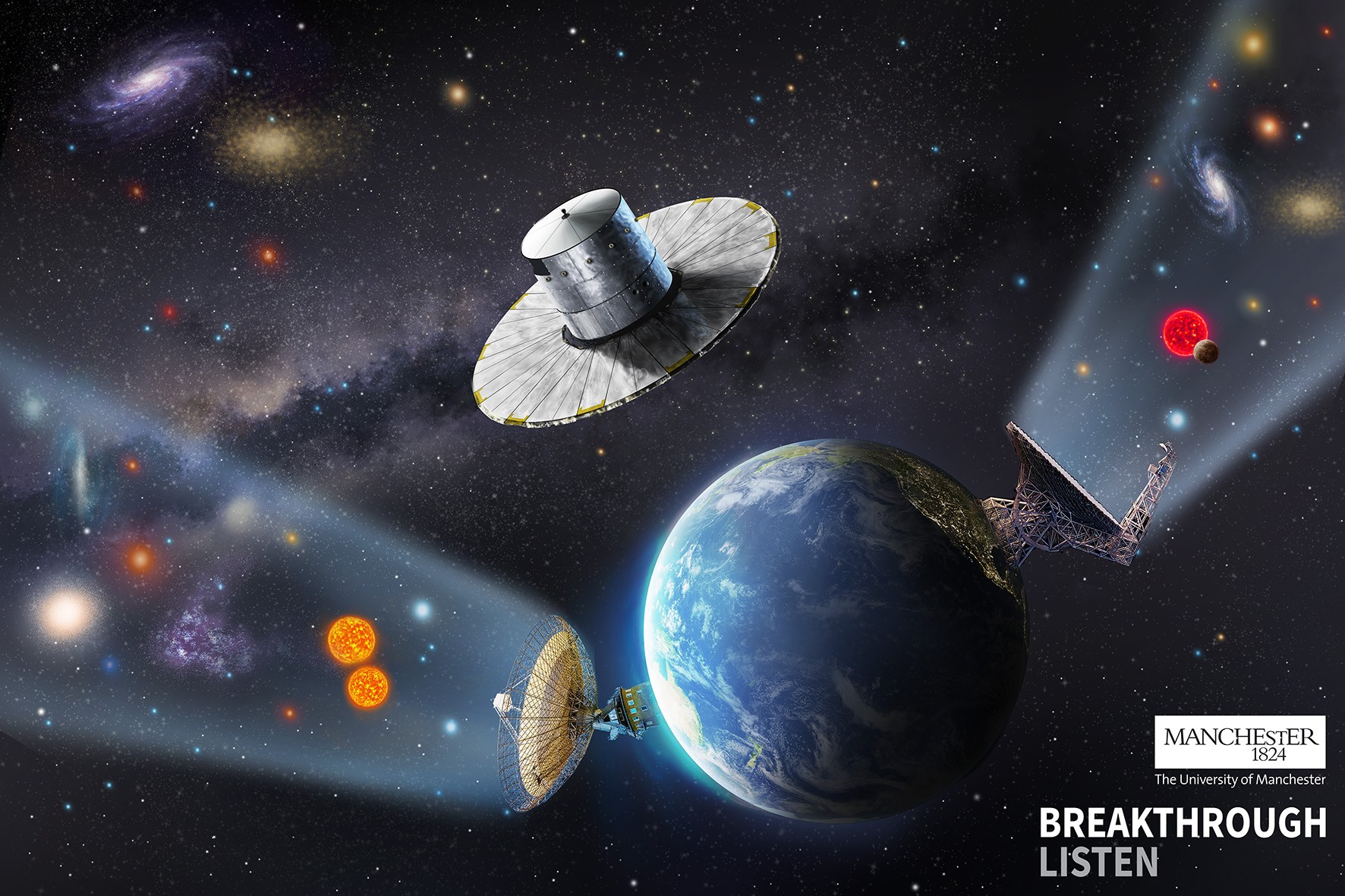 An analytical breakthrough that could significantly improve our chances of finding extra-terrestrial life in our galaxy has been discovered by a team at The University of Manchester.

In new research published today in Monthly Notices of the Royal Astronomical Society, the researchers demonstrate a reanalysis of existing data that represents a new milestone in the Search for Extra-terrestrial Intelligence (SETI).

The collaborative research team have been able to dramatically expand the search for extra-terrestrial life from 1,400 stars to 280,000 – increasing the number of stars analysed by a factor of more than 200.

The result suggests that less than 0.04% of stellar systems have the potential of hosting advanced civilisations with the equivalent or slightly more advanced radio technology than 21st century humans. As well as improving the limits for nearby stars, the team for the first time have actually placed limits own more distant stars with the caveat that any potential lifeforms inhabiting the outer limits of the galaxy would need even more powerful transmitters in order to be detectable.

The analysis, say researchers, can only locate intelligent and technically advanced civilisations that use radio waves as a form of communication – they could not, for example, detect “simple” life or non-technical civilisations.

The team is made up of Masters student Bart Wlodarczyk-Sroka and his advisor Professor Michael Garrett at The University of Manchester in the UK, collaborating with Dr Andrew Siemion, Director of the Breakthrough Listen Initiative, have placed the best limits ever on the prevalence of artificial radio transmitters, dubbed techno-signatures, in the Milky Way.

Combing through the catalogue produced by the European Space Agency’s (ESA) Gaia spacecraft, which measured the distances to over a billion stars, the researchers recalculated limits on the prevalence of transmitters around additional stars within the radio telescope’s fields of view. By selecting stars out to much larger distances (up to about 33,000 light years) than the original sample of nearby stars, they were able to expand the number of stars studied from 1,327 to 288,315.

We now know that fewer than one in 1600 stars closer than about 330 light years host transmitters just a few times more powerful than the strongest radar we have here on Earth. Inhabited worlds with much more powerful transmitters than we can currently produce must be rarer still.

Team leader Mike Garrett had always been troubled that SETI searches didn’t usually take into account the many other cosmic objects that fall within the range of sky a telescope is sensitive to, in addition to the main target. According to Garrett, Gaia has changed all that: “Knowing the locations and distances to these additional sources,” he says, “greatly improves our ability to constrain the prevalence of extra-terrestrial intelligence in our own galaxy and beyond. We expect future SETI surveys to also make good use of this approach”.

“Our results help to put meaningful limits on the prevalence of transmitters comparable to what we ourselves can build using twenty first century technology,” remarked Wlodarczyk-Sroka.

“We now know that fewer than one in 1600 stars closer than about 330 light years host transmitters just a few times more powerful than the strongest radar we have here on Earth. Inhabited worlds with much more powerful transmitters than we can currently produce must be rarer still.”

The sheer number of stars studied enabled Wlodarczyk-Sroka to place some of the most stringent limits to date on the prevalence of powerful radio transmitters in this region of our Galaxy. In addition, for the first time, the team have been able to do this as a function of stellar type - the extended sample includes not only a wide range of main-sequence stars, but also numerous giant stars and white dwarfs.