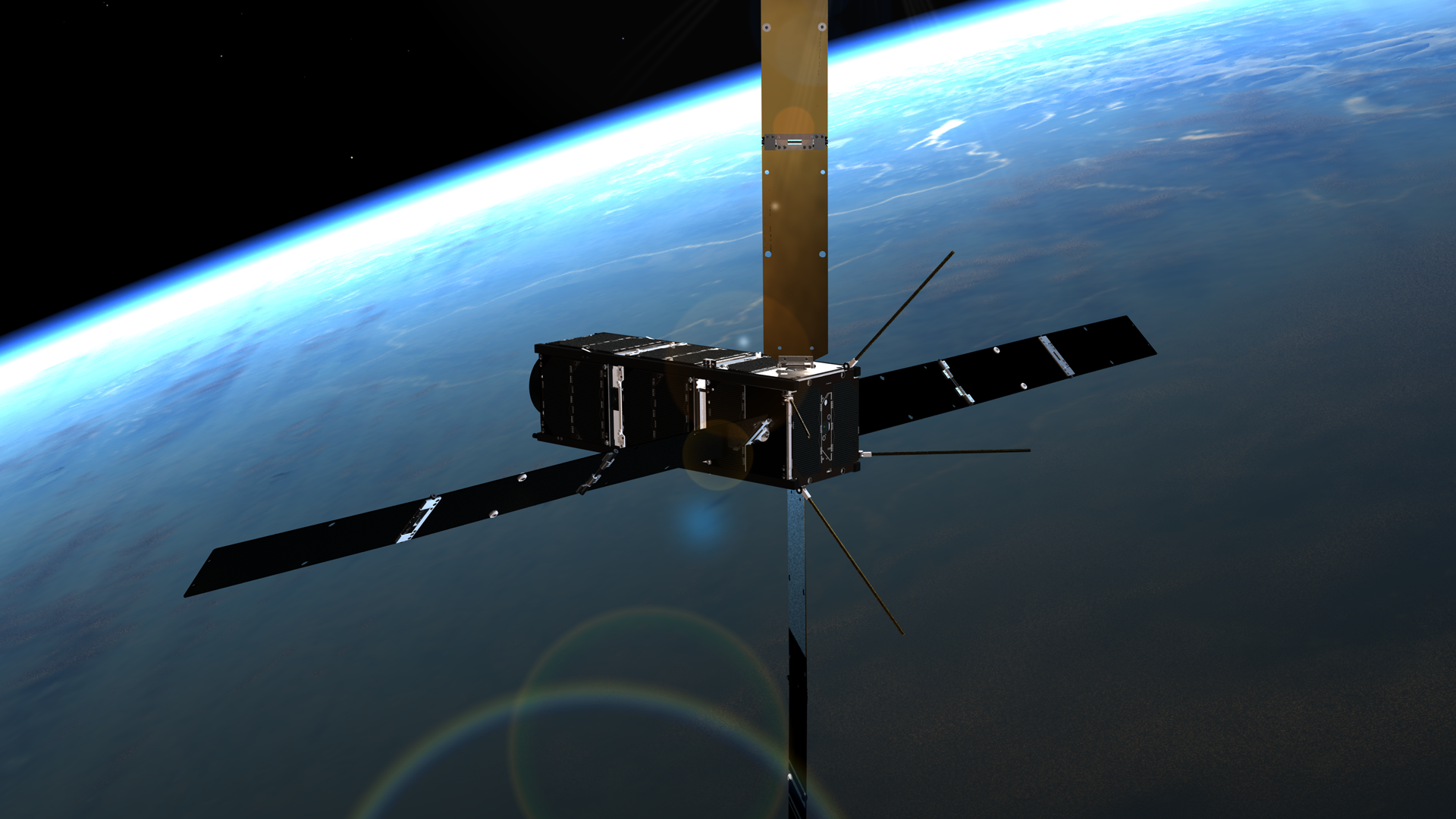 The University of Manchester is leading a multi-million pound project to launch a satellite as part of a forthcoming SpaceX mission this coming summer.

The DISCOVERER project is a €5.7 million project led by The University of Manchester. It aims to revolutionise Earth observation satellites, developing technologies to enable them to operate in very low Earth orbits, under 450km altitude, with the aim of making the satellites smaller, lighter & more economical. Orbiting much closer to the Earth helps them to avoid space debris and improves the quality of images they can send back.

The University’s Satellite for Orbital Aerodynamics Research (SOAR) is a 3U CubeSat and will be launched on SpaceX’s CRS-22 mission on 3 June 2021 from Kennedy Space Center, Florida to the International Space Station from where it will be deployed into orbit.

Whilst in orbit the satellite will be controlled from a ground station based on the University campus where experiments will be conducted and analysed. Data received from the satellite will be delivered back to scientists who will study the interactions between the residual atmosphere in these low orbits and new materials developed at the University that could reduce drag and increase aerodynamic performance.

The satellite represents the culmination of a huge amount of technology development over many years. We’re breaking new ground with a satellite designed specifically to explore aerodynamic effects in very low Earth orbits, whilst simultaneously measuring atmospheric parameters such as density and composition.

Dr Peter Roberts, the scientific coordinator for DISCOVERER said: “The satellite represents the culmination of a huge amount of technology development over many years. We’re breaking new ground with a satellite designed specifically to explore aerodynamic effects in very low Earth orbits, whilst simultaneously measuring atmospheric parameters such as density and composition.”

The satellite features a set of fins that are coated with four different materials for testing and can be individually rotated to different angles. The fins will be folded and stowed against the spacecraft body for launch and are deployed once the satellite is in orbit enabling the interaction of the different test materials with the residual atmosphere to be investigated.

These steerable fins will also be used as control surfaces to demonstrate novel aerodynamic control manoeuvres in orbit.

The ISS deployment opportunity is being made available by Nanoracks through its Space Act Agreement with the ISS National Lab. Collaborators for the satellite include the Mullard Space Science Laboratory at University College London who provide a mass spectrometer for in-situ characterisation of the atmospheric conditions, and GOMSpace who led on the satellite bus design, integration and testing.

“The satellite launch is a key milestone for DISCOVERER, paving the way for the regular use of very low orbits for commercial missions”, according to Dr Roberts.

The DISCOVERER project is developing technologies to enable commercially-viable sustained-operation of satellites in very low Earth orbits for communications and remote sensing applications. Operating closer to the surface of the Earth significantly reduces latency for communications applications and improves link budgets, whilst remote sensing also benefits from improved link budgets, the ability to have higher resolution or smaller instruments, all of which provide cost benefits.

In addition, all applications benefit from increased launch mass to lower altitudes, whilst end-of-life removal is ensured due to the increased atmospheric drag. However, this drag must also be minimised and compensated for. The Manchester team have developed several different advanced materials that will also be tested in a unique rarefied flow wind tunnel that mimics the atmospheric composition and speed the satellite will experience at low orbit altitudes. The in-orbit phase of testing on SOAR is intended to validate the performance of these materials, enabling the much sought-after development of new, smaller, low orbit satellites.

The DISCOVERER project is also developing atmosphere breathing electric propulsion prototypes that aim to utilise the residual atmosphere in low orbits as a propellant. This has the potential to keep the satellites in orbit indefinitely despite the drag acting upon them. However, it also means that the satellites will re-enter quickly when they reach the end of their mission avoiding the space debris problems experienced at higher altitudes.

All these technological developments, materials research, aerodynamic control and propulsion systems, are being worked into new engineering and business models identifying what future very low Earth orbit remote sensing satellites would look like and how they would operate. The project is also mapping out the path for future exploitation of the developed concepts.

The DISCOVERER project has received funding from the European Union’s Horizon 2020 research and innovation programme under grant agreement No 737183. This publication reflects only the author’s views and the European Commission is not liable for any use that may be made of the information contained therein.