An accomplished Music graduate has scooped the prestigious Dame Joan Sutherland Audience Prize at this year’s BBC Cardiff Singer of the World competition. 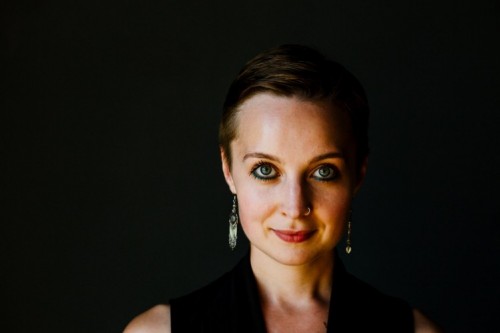 Katie, who studied Music at the University of Manchester’s School of Arts, Languages and Cultures from 2005-2008, is a mezzo-soprano with a CV that includes performances for Opera North, the English National Opera, Scottish Opera and Welsh National Opera.

The singer competed against 19 fellow singers from around the world, taking home the coveted Dame Joan prize when the audience voted her performance the best in the final of the competition.

Katie credits her time at The University of Manchester for fuelling her love of performance and for encouraging her to fulfil her ambitions.

“Manchester was an incredibly exciting and supporting environment in which to develop as a musician and to gain confidence in many different styles of performance, and I especially loved the opportunities to perform so much new music,” she said.

“Not only did I receive a wonderful education from the many superb teachers there, but I felt entirely supported in my quest to become a full-time musician and have felt supported by the university since I left - and even now - 11 years later.”

Professor of Music at the University of Manchester’s School of Arts, Languages and Cultures Camden Reeves said the university is “immensely proud” of Katie’s achievements.

Katie also received glowing reviews in the media, as The Times’ Anna Picard stated: “Few competitors attempted to create a coherent programme from the arias available to their voice types. The English mezzo-soprano Katie Bray managed it, saucy and breathless as Mozart's Cherubino, tender as Britten's Nancy, crazed with guilt as Handel's Dejanira, sultry and poised in Weill's Barbara Son.”