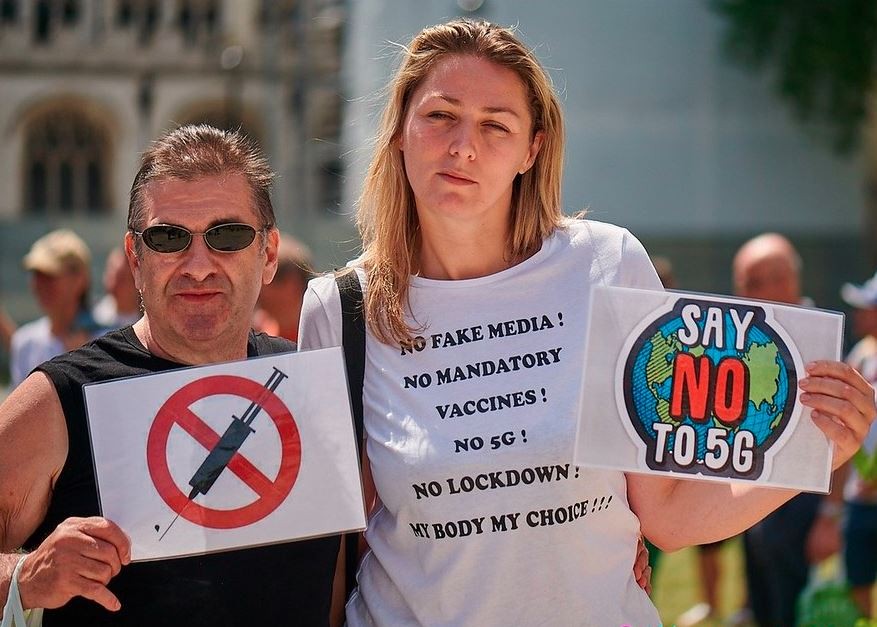 A new guide has been launched to help science communicators to have conversations with individuals who buy into coronavirus conspiracy theories.

The guide, launched by Sense about Science, was written in partnership with conspiracy theory expert Professor Peter Knight from The University of Manchester. The aim is to equip them with the requisite tools to prevent the spread of misinformation about the virus and its spread.

Among proponents of conspiracy theories - about the origins of coronavirus, the reality of the pandemic, the purpose of lockdowns or vaccines - people’s views range from a general unease with mainstream accounts in the media, to a deep conviction of a global conspiracy.

Like anyone else, people who quote conspiracy theories hold a mix of views that are sometimes contradictory. Those who encounter these claims can sense the risk that trying to give someone a more grounded account just causes them to become defensive and more attached to the conspiracy itself.

While it is harmful to indulge completely unfounded claims, it is also wrong to dismiss those who are trying to think independently - it’s important that conversations take us closer to a shared picture of what’s going on.

During conversations and workshops with people who believed some of the conspiratorial Covid theories, or had been engaging with those who believed them, they told the authors of the guide what worked - and what they do and don’t respond to. They also critically reviewed and added to the guide’s tips for having constructive conversations.

Conspiracy theories have become highly visible during the pandemic, especially on social media - they can lead to a breakdown in social trust, and it is hard to know how to talk to people about them. This guide offers some practical advice.

“While presented as being savvy about the world, a lot of covid conspiracy theories actually side-track people from critical thinking,” said Tracey Brown OBE, Director of Sense about Science. “We’re now reaching a time when the world reflects on the impact of pandemic measures and more people should be involved in that, including those who felt utterly alienated by the whole experience.”

“Whether you’re a researcher in this area or not, we hope the comments will help you to have good conversations.”

The guide can be viewed at https://senseaboutscience.org/activities/talking-about-conspiracies/.

The guide was produced by Sense about Science and the ‘Infodemic: Combatting Covid-19 Conspiracy Theories’ project, which was funded by the Arts and Humanities Research Council (AHRC) as part of UKRI’s COVID-19 funding. Visit the project website at http://infodemic.eu.