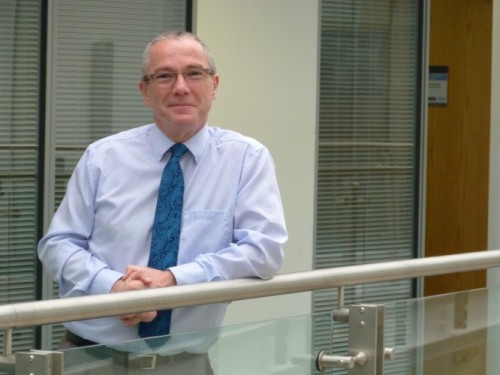 MICRA has undergone some major changes to its leadership structure. Professor Debora Price recently stepped down from her role as Director after an exceptional five years. We are thrilled to still be working closely with her on ageing projects and research.

Professor Burns brings a wealth of experience: he was Editor of the International Journal of Geriatric Psychiatry for twenty years, (retiring in 2017) and is on the editorial boards of the British Journal of Psychiatry and International Psychogeriatrics. His research and clinical interests are in mental health problems of older people, particularly dementia and Alzheimer's disease.

He has published over 300 papers and 25 books. He was made an honorary fellow of the Royal College of Psychiatrists in 2016, received the lifetime achievement award from their old age Faculty in 2015 and was awarded the CBE in 2016 for contributions to health and social care, in particular, dementia. He brings expertise in clinical trial design and successful prosecution of clinical studies along with a clinical sense and appreciation of the clinical relevance of research both to individual patients, their families and the wider health and social care system.

Alistair says of his appointment: “It is with great pleasure that I take over as the Director of MICRA. Debora Price has done an outstanding job for the last five years. We know that ageing is a huge challenge for us all and I look forward to working with colleagues across the widest possible scope of disciplines to further our academic and pragmatic work in this area. The unique strengths of MICRA are many but include our links with the city region and the huge diversity of experience and expertise which the university and our partners can bring to bear on the issue of ageing.”

Tarani is a Professor of Medical Sociology. He is a co-director of the ESRC International Centre for Lifecourse Studies in Society and Health and is also the co-director for the SOC-B (Social-Biological) Centre for Doctoral Training funded by the ESRC and BBSRC. He is a member of the ESRC Strategic Advisory Network, a fellow of the Academy of Social Sciences and the Royal Statistical Society and is editor-in-chief of the journal Sociology.

He joined The University of Manchester in April 2010, was the head of the Department of Social Statistics (2012 to 2014) and the director of the Cathie Marsh Institute (2013 to 2016). He was formerly at the UCL Research Department of Epidemiology and Public Health, and prior to that completed his PhD and post-doc at Nuffield College, University of Oxford. Tarani's research is primarily on the social determinants of health, focusing on health inequalities and psychosocial factors, and the analysis of longitudinal cohort studies.

Tarani states: “I am delighted to join MICRA’s leadership team. As someone who is a member of the UK-China Healthy Ageing Expert Working Group, I am keen that MICRA develops its already considerable international profile”.

Rachel Watson, BSc (Hons), PhD is Professor of Cutaneous Science and is Head of the Division of Musculoskeletal and Dermatological Sciences within the School of Biological Sciences, Faculty of Biology, Medicine and Health at the University of Manchester. She received her BSc (Anatomy and Cell Biology) and PhD degrees from the University of Sheffield, where she worked on cell models of neurodegeneration.

Her research includes understanding the mechanisms which lead to skin ageing and the assessment of extracellular matrix repair, particularly by topical retinoids. She holds research council, charity and industry funding. As well as being the Academic Director of the MSc in Skin Ageing and Aesthetic Medicine at this University, she sits on the editorial boards of 3 scientific journals and is Section Editor (translational research) of the British Journal of Dermatology. Rachel also sits on the British Association of Dermatologists’ UK TREND committee, which helps guide research priorities in the area of skin health and disease.

Rachel told us: “My entire research career has been focussed on understanding the biological impact of ageing. I am thrilled to be part of this multidisciplinary network of researchers; MICRA allows us to lift our heads up from our own research and see the impact of ageing more broadly, allowing interaction with other disciplines with the aim of improving older life.”