Pain, the Brain and a Little Bit of Magic as research goes from lab to stage 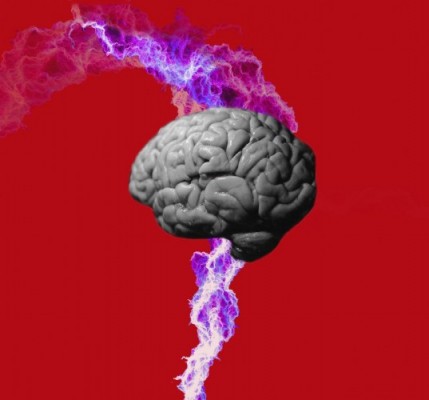 A University of Manchester scientist is stepping out of the lab in order to write and perform on the latest research into chronic pain, as part of a new theatre tour.

Pain, the Brain and a Little Bit of Magic is an empowering performance talk by Professor Anthony Jones which takes a look inside the brain, exploring how we feel pain, how pain is signalled in the body and how we develop chronic conditions.

Based on pioneering research, ‘Pain, the Brain and a Little Bit of Magic’ offers an optimistic message of how chronic pain may be better understood and treated.

Starting with the history of pain treatment including electric eels and drilling holes in the skull, the performance moves on to modern treatments and the concept that pain can be reversed.

Pain, the Brain and a Little bit of Magic is a performance for chronic pain sufferers and the people who support them, medical professionals and absolutely anybody who wants to know more about what makes the brain tick.

“When people are more informed about their condition they are able to develop coping mechanisms to deal with it on a daily basis. Pain, the Brain and a Little Bit of Magic gives patients and medical professionals an insight into the nature of pain and a greater awareness of its effects on people’s everyday lives,” said Val Derbyshire of the Salford Fibromyalgia Support Group, who is also taking part in the performance.

Professor Anthony Jones is a leading neuro-rheumatology researcher at The University of Manchester. He pioneered the use of functional brain imaging to understand the brain mechanisms of chronic pain and is now using his discoveries to develop new therapies.

He said: “Medical science can often be perceived as too complex for patients and the general public to understand, but it’s important that people have an awareness of the causes and treatments for their conditions.

“This performance started out as an idea to communicate the information in a different way and now with patient involvement it’s also become an important way for medical professionals to understand better the feelings of those people they are treating.”

Also performing is Sam Redway, an award-winning actor and theatre maker (Broadway Baby, Golden Bobby, NSDF Commendation for Acting), RADA graduate and one half of Knaïve Theatre. He has performed and devised with some of Britain’s and Europe’s leading Theatre companies including Theatre Ad Infinitum, The Awake Project and Maison du Theatre.

This project is directed by Tyrrell Jones, produced by Jenny Gaskell, with model design from Elisa Artesero and is accompanied by speaker Val Derbyshire. The lecture is assisted by Tim Rainey and Javin Javin Sandhu.

Pain, the Brain and a Little Bit of Magic is supported by The Wellcome Trust, Salford Royal Hospital NHS Foundation Trust, The University of Manchester and The Pain Relief Foundation.

To book all tickets, visit: www.manchester.ac.uk/painbrainmagic

Pain, the Brain and a Little Bit of Magic as research goes from lab to stage