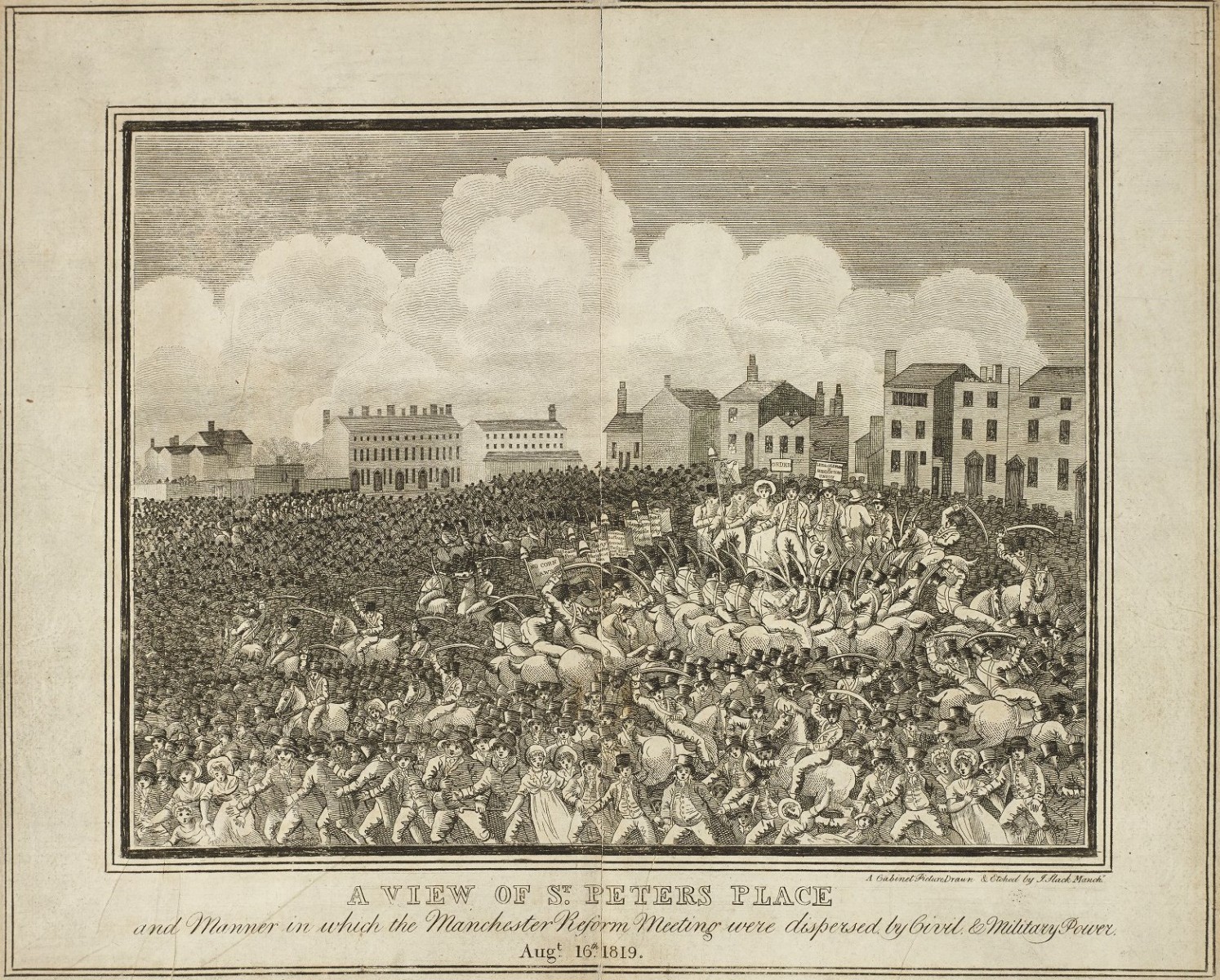 A View of St Peter's Place_Credit - The John Rylands Library

A new exhibition at The John Rylands Library is set to display rare historic documents relating to the 1819 Peterloo Massacre. The exhibition is part of a city-wide programme of events commemorating Peterloo's 200th anniversary.

Visitors to the Library will discover the story of the Peterloo Massacre as Manchester marks two centuries since one of the darkest moments in its history. The exhibition will feature fascinating items from the Library’s rich collection of Peterloo material, including original handwritten records detailing the names of the ordinary Mancunians who were killed and injured while fighting for their political rights.

Historic documents and newspapers will bring to life the debate between radical reformers and the Manchester authorities, showing how city magistrates tried to conceal the atrocities they committed against their own people and how journalists tirelessly sought to report truth, expose corruption and seek justice.

"The John Rylands Library holds some incredible resources for understanding this violent episode in Manchester’s history, said Janette Martin, Archivist and Reader Engagement Manager at The John Rylands Library and curator of the exhibition. "Featuring a range of items from handbills, newspapers, and placards to engravings, ballads and poems, our exhibition is a must-see in this bicentenary year."

However horrible Peterloo was, it played a crucial part in Britain’s battle for democracy. Manchester’s people were part of a movement that couldn’t be stopped - I want our visitors to know that, and be proud of it.

The Peterloo Massacre was a crucial step on Britain’s long journey to democracy. In today’s climate of heated political debate, viral media and clashing opinions, the story of these Manchester radicals resonates more than ever before. Come and consider: how different is Britain 200 years later?

Peterloo: Manchester’s Fight for Freedom runs from 21 March – 29 September 2019, and will be accompanied by an events programme.