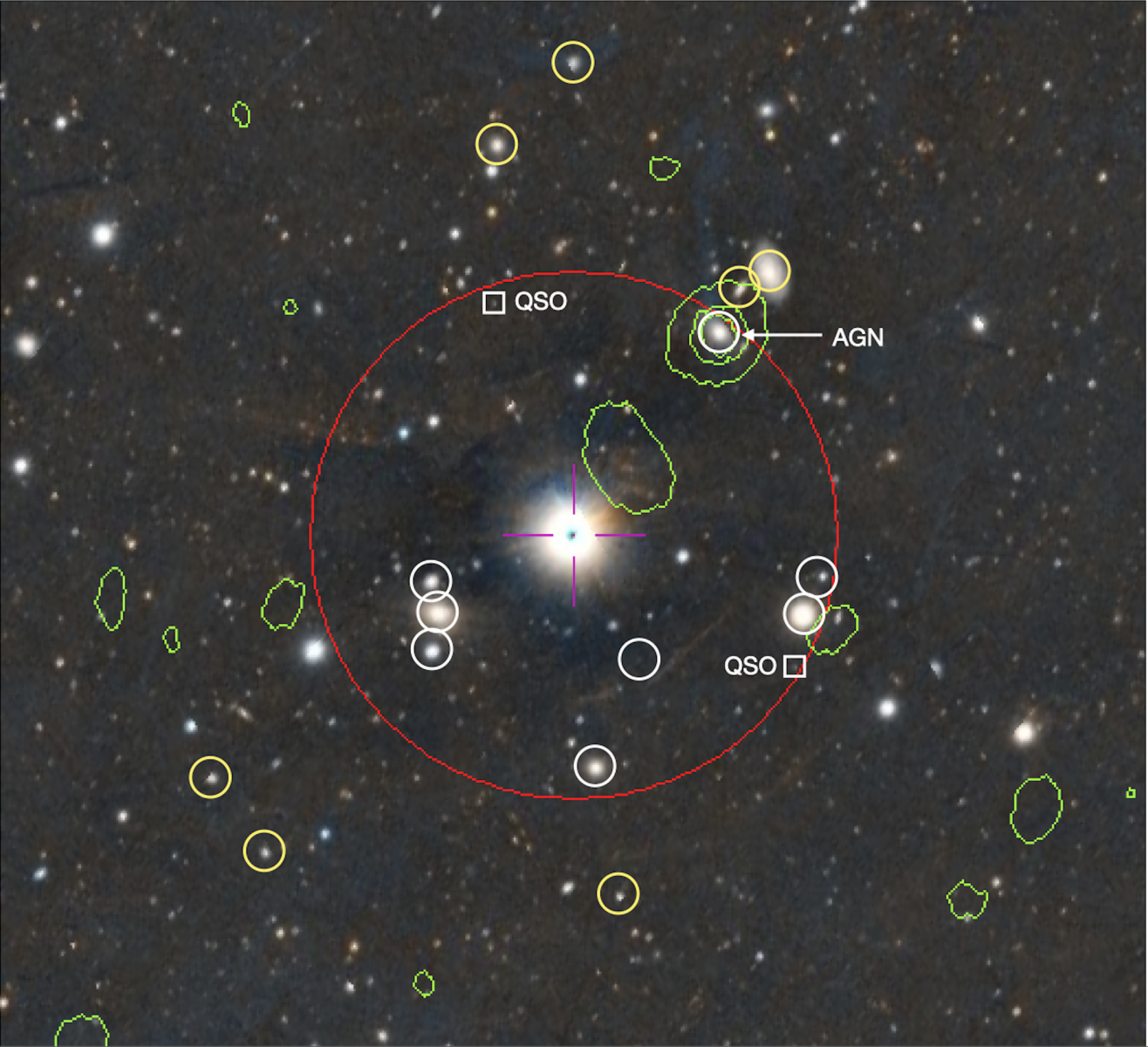 At the 2022 International Astronautical Congress in Paris, France The University of Manchester and Breakthrough Listen (the initiative to find signs of intelligent life in the universe) announced a reanalysis of existing data that extends the search for extraterrestrial intelligence (SETI) into a new realm of parameter space and places stringent limits on the existence of extragalactic technosignatures.

Recognising that radio surveys targeting nearby stars are also sensitive to background cosmic objects, in particular galaxies, galaxy groups and galaxy clusters, Prof. Michael Garrett at The University of Manchester, collaborating with Berkeley SETI Director Dr Andrew Siemion (who is also a Visiting Professor at Manchester) have been able to place new limits on the prevalence of very powerful transmitters in galaxies and other cosmic objects located outside of our own Milky Way.

They focused on previous observations made by the Green Bank Telescope (GBT) looking at 469 Breakthrough Listen target fields that were located away from the obscuring gas and dust in the plane of our own Milky Way. In these fields they identify more than 140000 extragalactic systems, including various astrophysical exotica: interacting galaxies, various types of active galactic nuclei, radio galaxies, and several gravitational lens systems.

Most of these sources are located at cosmological distances, but the inventory also includes several nearby galaxies, galaxy groups and galaxy clusters. Although these systems are located many millions of light years away, if the strength of technosignatures follow an approximate power-law distribution (as transmitters here on Earth do), there might be a few rare but very bright signals that are detectable.

The Breakthrough Listen programme is also targeting 100 nearby galaxies but in the future we will be specifically observing large concentrations of stars at cosmological distances to further probe for very bright, very rare technosignatures.

Nearby galaxies, galaxy groups and galaxy clusters are a great place to look for these rare powerful signals, as these systems contain hundreds of billions of stars and many of these will host potentially habitable planets. Since the original Breakthrough Listen surveys did not detect any technosignatures, Garrett & Siemion were able to place constraints on the luminosity function of potential extraterrestrial transmitters and limits on the prevalence of very powerful transmitters associated with the billions of stars comprising these systems have also been determined.

For some time Garrett has been troubled that previous SETI surveys have not accounted for the fact that a radio telescope’s field of view also includes many distant background objects, in addition to the nearby target star - he believes that “SETI radio surveys place stronger limits on the prevalence of extraterrestrial intelligence in the distant Universe than is often fully appreciated”.

Siemion notes that, “the Breakthrough Listen programme is also targeting 100 nearby galaxies but in the future we will be specifically observing large concentrations of stars at cosmological distances to further probe for very bright, very rare technosignatures.”

The paper, “Constraints on extragalactic transmitters via Breakthrough Listen observations of background sources”, has been accepted for publication in Monthly Notices of the Royal Astronomical Society. A preprint and supplementary material, including figures, are available at seti.berkeley.edu/extragalactic.