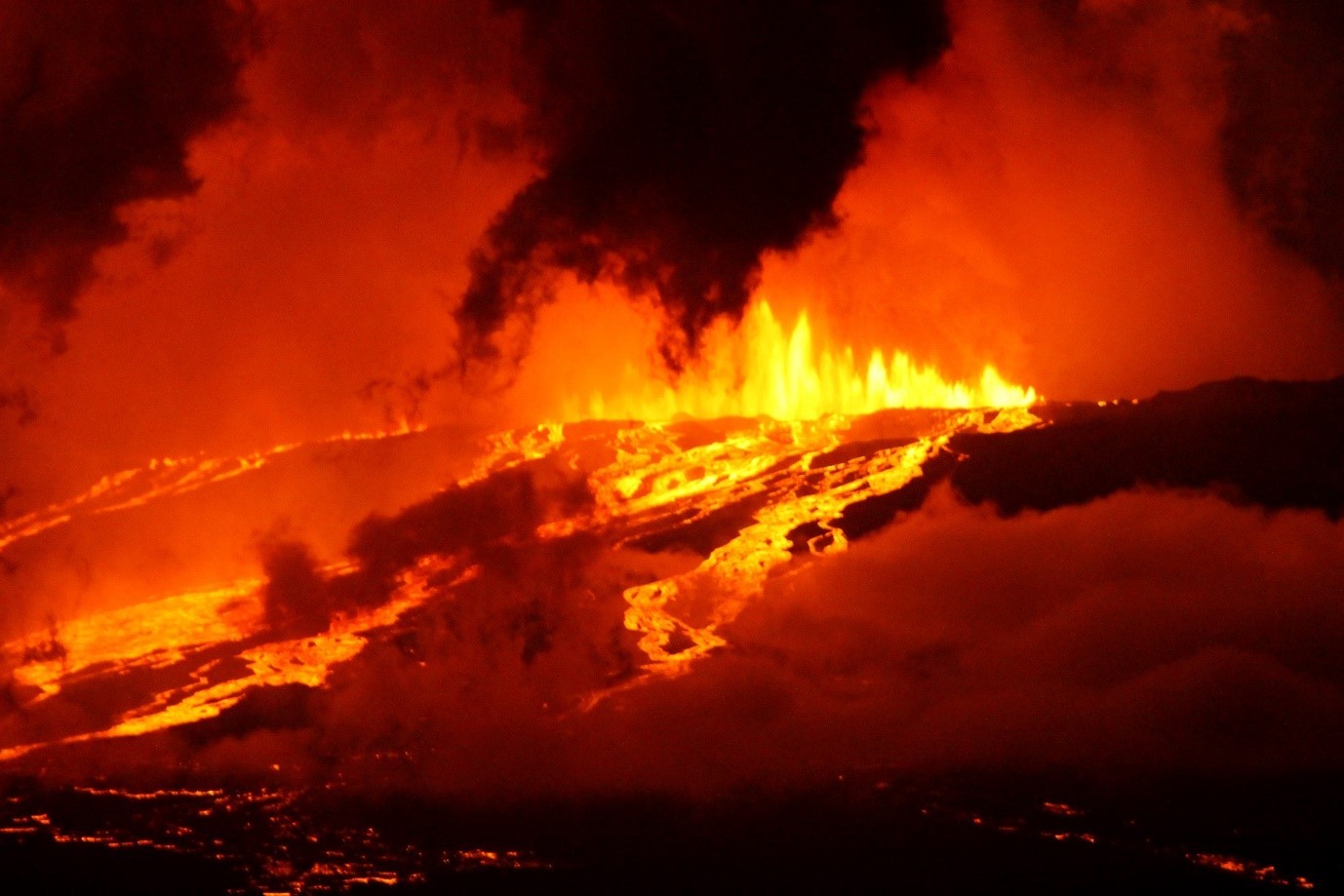 An international team of volcanologists working on remote islands in the Galápagos Archipelago has found that volcanoes which reliably produce small basaltic lava eruptions hide chemically diverse magmas in their underground plumbing systems – including some with the potential to generate explosive activity.

Many volcanoes produce similar types of eruption over millions of years. For example, volcanoes in Iceland, Hawai’i and the Galápagos Islands consistently erupt lava flows – comprised of molten basaltic rock – which form long rivers of fire down their flanks. Although these lava flows are potentially damaging to houses close to the volcano, they generally move at a walking pace and do not pose the same risk to life as larger explosive eruptions, like those at Vesuvius or Mt. St. Helens. This long-term consistency in a volcano’s eruptive behaviour informs hazard planning by local authorities.

The research team comprised scientists from the US, UK and Ecuador, studied two Galápagos volcanoes, which have only erupted compositionally uniform basaltic lava flows at the Earth’s surface for their entire lifetimes. By deciphering the compositions of microscopic crystals in the lavas, the team was able to reconstruct the chemical and physical characteristics of magmas stored underground beneath the volcanoes.

Dr David Neave from The University of Manchester helped to interpret the records of deep volcanic processes preserved in the structure and chemistry of crystals erupted from the two volcanoes.

“The most important aspect of this research is how detailed studies of even a few erupted crystals can reveal much greater complexity in the plumbing systems beneath active volcanoes than we would have otherwise imagined, meaning that some seemingly gentle volcanoes may be capable of more dramatic changes in behaviour than we previously thought.” said Dr Neave.

The results of the study show that – in contrast with the monotonous basaltic lavas erupted at the Earth’s surface – magmas beneath the volcanoes are extremely diverse and include compositions similar to those erupted at Mt. St. Helens. 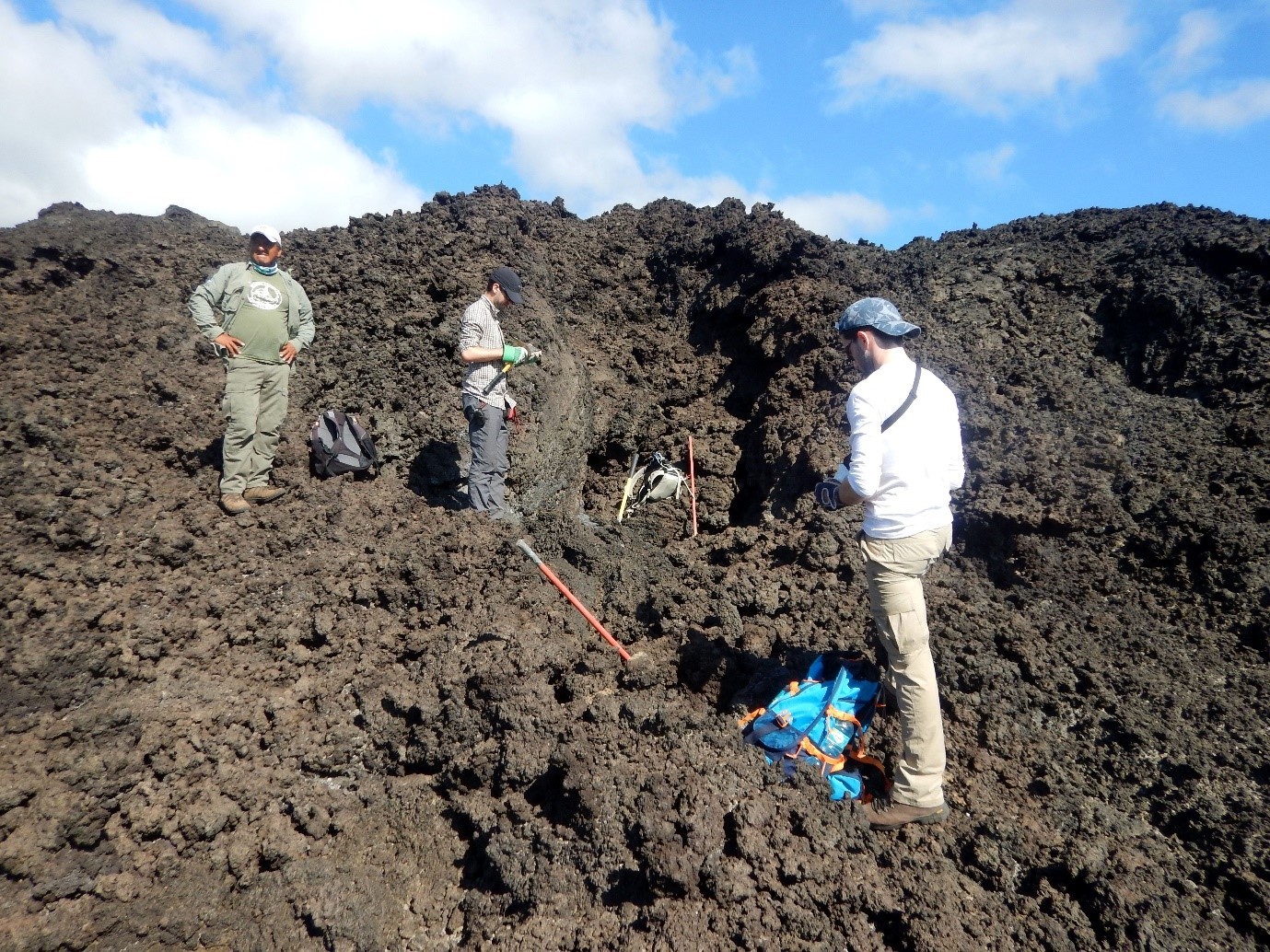 The most important aspect of this research is how detailed studies of even a few erupted crystals can reveal much greater complexity in the plumbing systems beneath active volcanoes than we would have otherwise imagined, meaning that some seemingly gentle volcanoes may be capable of more dramatic changes in behaviour than we previously thought.

The team believes that volcanoes consistently erupt compositionally uniform basaltic lavas when the amount of magma flushing through the ground beneath the edifice is high enough to “overprint” any chemical diversity. This can occur when volcanoes are located close to a “hot spot” – a plume of hot magma rising towards the surface from deep within the Earth.

However, the chemically diverse magmas which the team discovered could become mobile and ascend towards the surface under certain circumstances. In this case, volcanoes that have reliably produced basaltic lava eruptions for millennia might undergo unexpected changes to more explosive activity in the future.

Dr Michael Stock from Trinity College Dublin and lead author on the paper, said: “This was really unexpected. We started the study wanting to know why these volcanoes were so boring and what process caused the erupted lava compositions to remain constant over long timescales. Instead we found that they aren’t boring at all – they just hide these secret magmas under the ground.

“Although there’s no sign that these Galápagos volcanoes will undergo a transition in eruption style any time soon, our results show why other volcanoes might have changed their eruptive behaviour in the past. The study will also help us to better understand the risks posed by volcanoes in other parts of the world – just because they’ve always erupted a particular way in the past doesn’t mean you can rely on them to continue doing the same thing indefinitely into the future.”

Dr Benjamin Bernard, a volcanologist involved in monitoring Galápagos volcanoes at Instituto Geofísico and co-author on the paper, added: “This discovery is a game-changer because it allows us to reconcile apparently divergent observations, such as the presence of explosive deposits at several Galápagos volcanoes. It also allows us to better understand the behaviour of these volcanoes, which is essential for volcano monitoring and hazard assessment.”

This work was published in the leading international journal Nature Communications and was funded by the Charles Darwin and Galápagos Islands Fund at Christ’s College, University of Cambridge. It was conducted with support from the Ecuadorian Instituto Geofísico, Galápagos National Park and Charles Darwin Foundation.