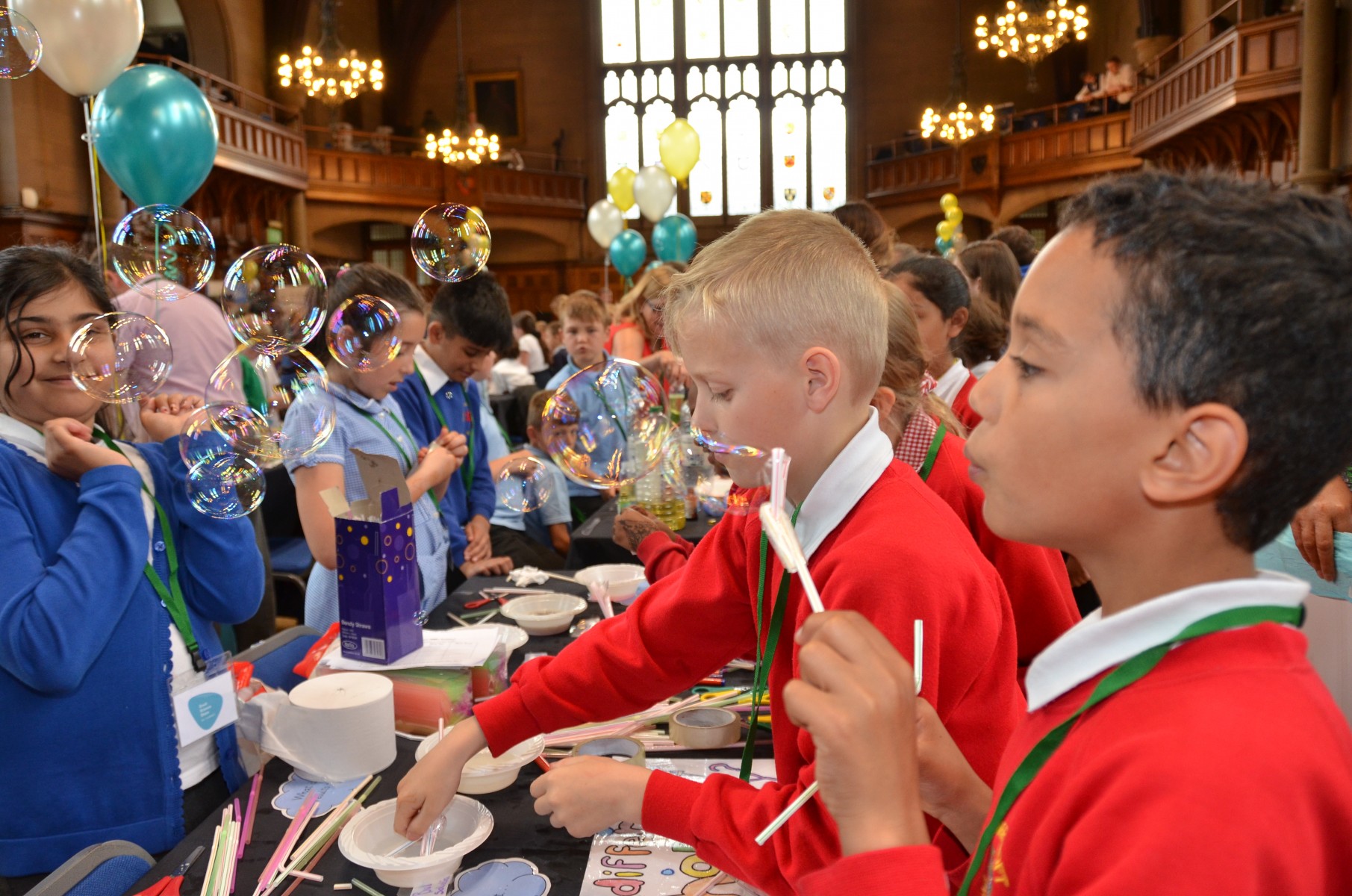 This year's Great Science Share for Schools is bigger than ever

Hundreds of children from primary schools across Greater Manchester came together for this year’s Great Science Share for Schools at The University of Manchester's Whitworth Hall.

Altogether 470 children from the city were joined by more than 37,000 participants from across the UK in celebrating all things science. Altogether there were 31 satellite events and over 250 other school-based events as part of the campaign. There was even an international event held at Jeju School in Korea.

The flagship manchester event, which saw 350 children on campus, was launched by The Lord Mayor of Manchester, Councillor June Hitchen, and the University’s Vice Chancellor and President, Professor Dame Nancy Rothwell. 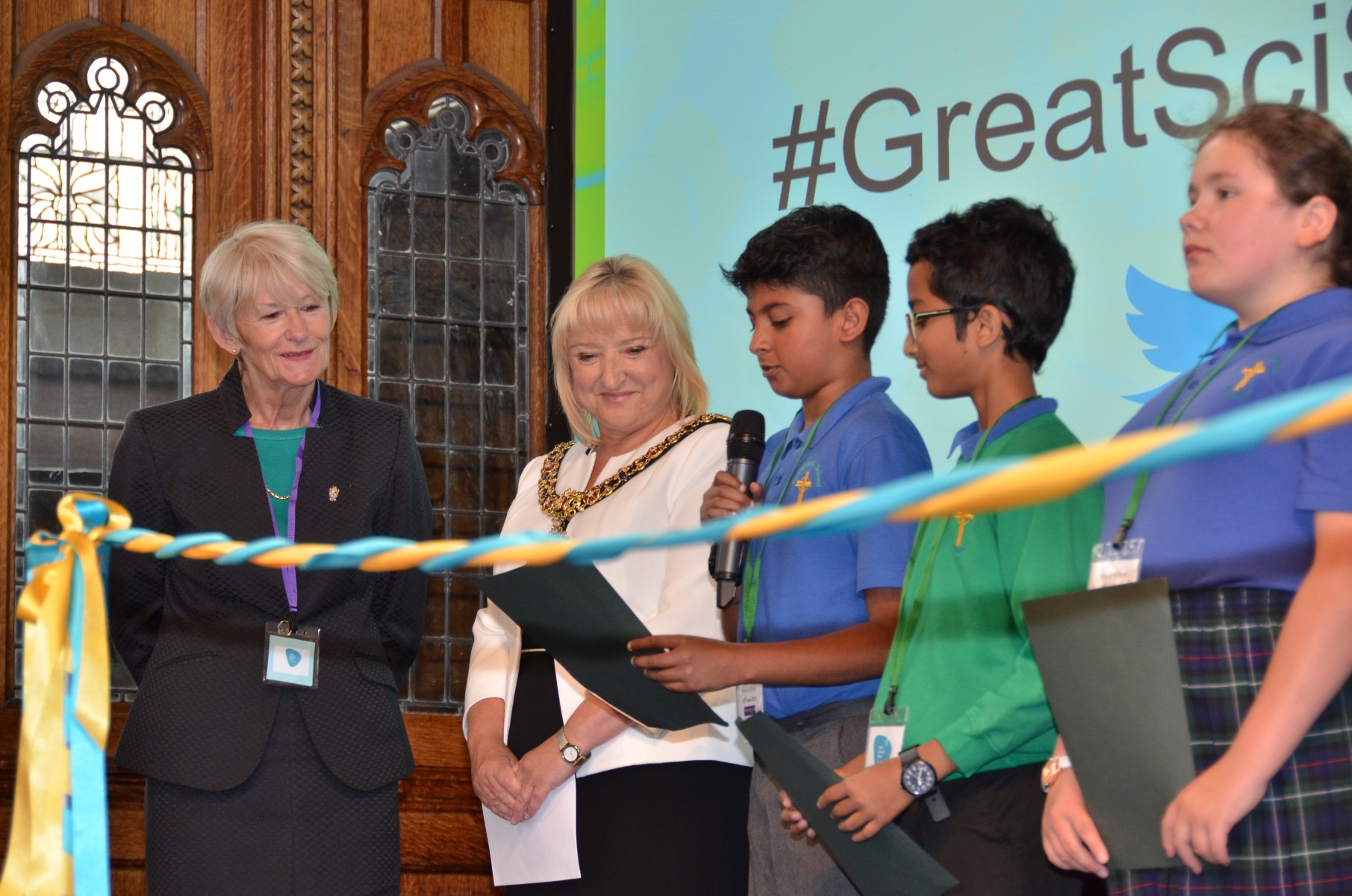 Today we are making history – breaking boundaries and solving problems… and most importantly we’re doing it together – teachers, pupils, parents, scientists, engineers, businesses and cultural organisations.

The Great Science Share for Schools is a national campaign that aims to inspire young people from across the UK and overseas to share their science learning with new audiences.

Professor Rothwell added: "The most important thing about science is about finding things out, being curious. Even if you don’t become a scientist, you can think differently about everyday life – about how to do the gardening, trying out that new recipe – and all about the world around you."

On the day, children helped each other answer important scientific questions such as ‘How can we catapult a cow over the moon?’ and ‘What’s the best shape of hull for a never-sinking boat?’

Now in its third year, after launching in 2016 as part of Manchester’s year as European Capital of Science, it was pioneered, and is run, by Dr Lynne Bianchi, Director of the University’s Science &Engineering Education Research and Innovation Hub (SEERIH)

The event closed with the now customary Great Science Groove with children from across the UK taking part in the dance. This year's routine was developed in collaboration with The Derby High School from Bury and Encore, the Bury youth choir.

This year's Great Science Share for Schools is bigger than ever