The festival seeks to overcome the challenges artists, institutions and audiences face in connecting to one another in times of physical distancing and travel restrictions.

Throughout October, the British Council is running an online festival for cultural exchange between the UK and China. Around 50 cultural institutions from both countries have provided digital content that forms more than 75 individual cultural projects, one of which is the University’s International Photography Competition. 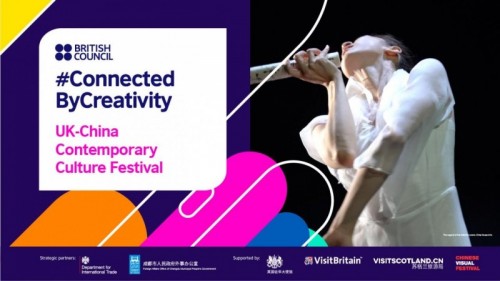 Launched in Spring 2020 by Creative Manchester and the Manchester China Institute, the competition invited residents of the UK and China to encapsulate what ‘family’ means to them using their phone camera. The top 30 photographs were displayed at the IPF gallery in Chendgu, China, ahead of an awards ceremony in June 2020. Above all else, the submissions revealed the common humanity of those living in the UK and in China, tapping into the competition’s aim of promoting mutual understanding between countries.

This aim is shared by the UK-China Contemporary Culture Festival. Rehana Mughal of the British Council in China, explains: “The festival celebrates the power of arts and culture in uniting people. It helps to increase and strengthen collaboration between artists and cultural institutions from China and the UK as both recover from the impact of the pandemic, and it introduces new work to wider audiences in China and in the UK”.

The International Photography Competition is being celebrated via a feature page on the festival website, which houses a moving video centred on the international collaboration between the University and the IPF gallery. The competition sits alongside projects by world-renowned cultural organisations including the Tate Modern and the V&A Museum.

Also featuring as part of the festival is the competition’s head judge and Professor of Public History at the University, Michael Wood. As a historian, documentary maker and writer, Professor Wood gives a talk on the prominent Chinese poet of the Tang Dynasty, Du Fu. Specifically, Professor wood shares insights into making the BBC documentary Du Fu: China's Greatest Poet, which saw him make a special trip to China to retrospect Du Fu’s journeys across the country.

The full programme for the UK-China Contemporary Culture Festival is available to view via the festival website.