The UK’s first NHS high-energy proton beam therapy centre opened at The Christie Hospital in 2018. The University of Manchester’s research was vital in helping to bring this technology to the UK, enabling more patients to access proton therapy for some of the most difficult-to-treat cancers.

Proton beam therapy (PBT) improves the targeting of radiotherapy, meaning fewer side effects, faster recovery and better outcomes for patients. It also allows tumours that are difficult to treat by more conventional means (for example those lying close to sensitive critical organs) to be targeted.

Proton therapy is particularly suited to children as the reduced radiation dose to the healthy tissue means there is less chance of radiation-induced secondary cancers later in life. 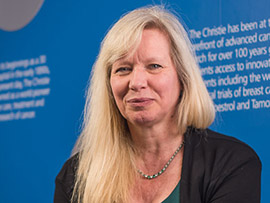 Karen Kirkby is Professor of Proton Therapy Physics at The University of Manchester.

Providing treatment in the UK

Research from the University helped to define the centre specifications, including an in-depth analysis of the one-accelerator/three-treatment-room set-up. The key to ensuring the cost-effectiveness of proton therapy is avoiding an overestimation of the number of patients a system could treat (this issue has led to problems in many centres developed overseas).

Our research identified which equipment parameters were important to allow the highest possible patient throughput for the very complex indications being treated.

The University worked with the procurement team to estimate the throughput of patients with the technology offered by vendors. Offering treatment in the UK has saved the NHS at least £60,000 per patient.

More importantly, it has increased the number of patients treated, as at least 10% of patients now treated at The Christie’s PBT centre would have been ineligible for treatment abroad.

Since it opened, more than 550 patients have been treated at the facility.

University researchers formulated the section of the specification that evaluated key beam parameters of the systems offered by vendors.

Our research helped to define the bespoke system specifications needed to ensure the treatment centre was flexible and future-proof, allowing the NHS to offer state-of-the-art treatments.

For example, the PBT centre:

One in five patients treated at The Christie PBT centre would not have received the same quality of treatment at other centres abroad, because they do not have the same state-of-the-art technology. 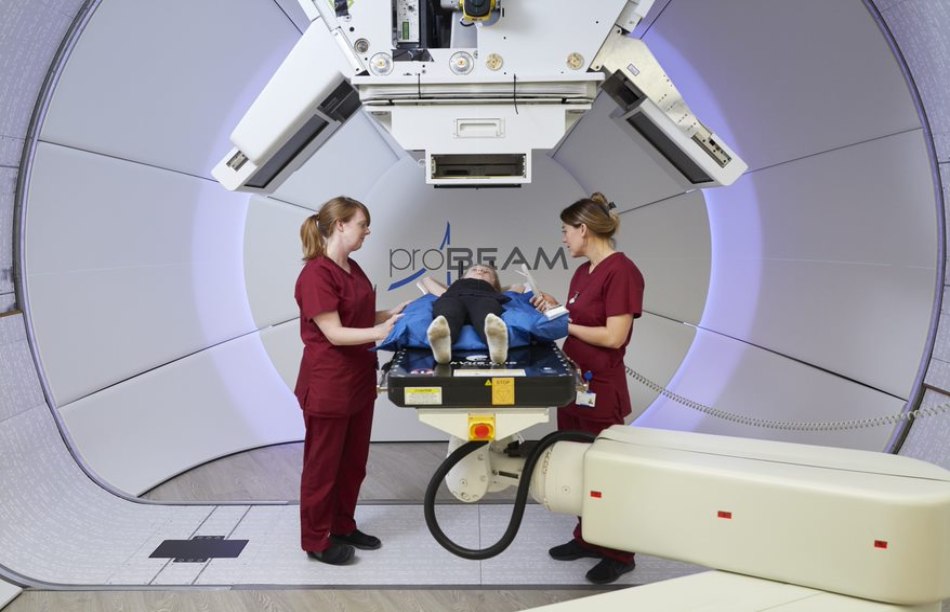 Complex gantries allow proton beams to be delivered 360 degrees around a patient.

Integrating research in a real-world setting

“Our research is exploring how we can best use proton therapy for patients, making their treatment even more effective. It’s all about the patients; that’s who we’re doing it for.”

A £6 million dedicated research facility has been built within the PBT centre, funded by The Christie Charity and developed in partnership between the University and The Christie Hospital.

More than 30 researchers work at the research facility – headed by Karen Kirkby, Professor of Proton Therapy Physics – and focus on the scientific and technological challenges of PBT.

The team is closely linked with the clinical teams at The Christie to ensure that research remains relevant and can be translated into innovative treatments for UK patients more easily in the future.

Beyond the clinical setting, the team’s research is used to support public engagement and awareness.

Previous projects have included creating patient information leaflets with UK charity Brainstrust; working with the Parliamentary Office of Science and Technology to produce a leaflet on proton therapy; and supporting the Science and Industry Museum with its Cancer Revolution Exhibition.

In 2021, Manchester researchers used PBT to demonstrate the potential of a new type of radiotherapy called FLASH. This delivers the radiation dose up to 1,000 times faster than conventional radiotherapy.

FLASH is thought to be capable of reducing damage to normal tissue to an even greater degree, therefore reducing side effects while still suppressing tumour growth.

If FLASH delivers on its potential, it could mean faster treatments with fewer side effects, helping patients return to normal life earlier.

Get access to research you need from experts who shape lives and improve health outcomes globally.