Research conducted at the University’s Tyndall Centre for Climate Change Research has been used to drive policy changes in the shipping and aviation sectors, bringing greenhouse gas emissions targets more in line with the Paris Agreement. 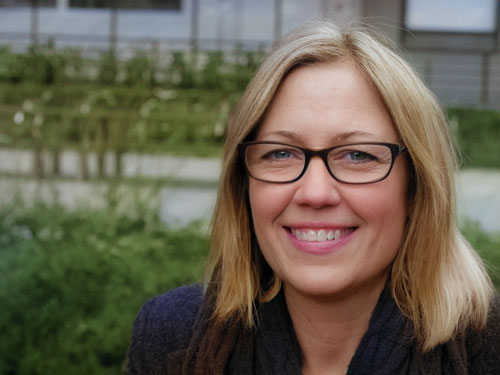 Alice Larkin is Professor in Climate Science and Energy Policy at The University of Manchester.

Previously, greenhouse gas emissions from the international aviation and shipping sectors were largely unregulated and considered by many to be unproblematic minor sources.

Research led by Alice Larkin, Professor of Climate Science and Energy Policy, highlighted that the aviation sector produces 10% of UK CO2 emissions. Without intervention, this was likely to increase to levels incompatible with the UK and global CO2 mitigation targets.

The study also identified similar challenges within the shipping sector but highlighted greater potential for finding technical and operational solutions. Larkin concluded that it was necessary to set ambitious CO2 targets for both aviation and shipping as a matter of urgency.

Research, funded by the North West Regional Development Agency, was also conducted to explore the UK regional distribution of aviation emissions. It found that if aviation emissions continued to be unmitigated, they would consume a disproportionate share of future emission quotas. This would stunt healthy regional development by forcing a reduction in economic activity – increasing the investment in costly reduction technologies or jeopardising the overall climate reduction objective.

Introducing emission controls and highlighting the cost of inclusion

The research has informed policy decisions at regional, national and international levels for the past 15 years.

In 2018 the research influenced the adoption of climate change targets at the Marine Environment Protection Committee (MEPC72) meeting, hosted by the International Maritime Organisation (IMO) – the UN body responsible for regulating shipping. The IMO estimates that because of this policy, the worldwide emissions reductions will be between 800 and 2,400 million tonnes of CO2 annually by 2050. This is greater than preventing all emissions from fossil fuels currently burnt in Germany.

“This work was instrumental in the IMO adopting global emissions reduction targets for international shipping.”

Larkin and Dr John Broderick also submitted evidence to the Department for Transport’s 2019 Aviation White Paper, accompanied by an expert statement of approval to the judicial review for the development of plans for a new runway at Heathrow Airport.

Following Larkin’s statement to the Judicial Review of the Airports National Policy Statement (ANPS), the Court of Appeal ruled that the government’s ANPS was unlawful because it failed to account for the UK’s commitment to the Paris Agreement – an international treaty on climate change.

In February 2021, Heathrow Airport acknowledged that they have to prove expansion is compatible with the Paris Agreement before construction of the runway can begin.

The research has helped the city of Manchester better understand the implications of unregulated aviation expansion for its own emissions reduction plans and has been used to support the new aviation emissions objectives included in the Manchester Climate Change Framework (2020–25).

The Framework was subsequently endorsed by Manchester City Council in March 2020, formally establishing it as the city’s climate change strategy. The council owns a controlling stake (35%) of Manchester Airport and formally endorsed the draft Manchester Zero Carbon Framework (2020–38) in March 2019.

Get access to research you need from experts who shape lives and help create a greener, fairer and healthier world.