The University’s Centre for New Writing is a research, teaching and public-facing hub linking writers with audiences, as well as creative and cultural industry partners. The Centre’s research is developing new writers, informing arts policy and enriching public conversation about identity and inequalities.

Founded in 2007, the Centre for New Writing is the home of award-winning writers who teach, carry out research and engage widely beyond the University. The Centre collaborates with creative and cultural partners and works extensively with public audiences and writing communities.

The Centre’s impact is wide-ranging. By developing new writers, hosting public events, influencing arts policy and shaping public debates around the core themes explored in its writing, the Centre has made substantial contributions to cultural life in Manchester and beyond. 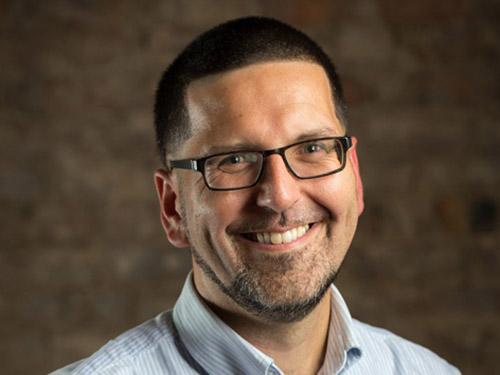 John McAuliffe is Professor of Poetry at The University of Manchester.

The Centre for New Writing has developed innovative programmes to support new and emerging writers, with a focus on under-represented communities.

Dr Honor Gavin, Lecturer in Creative Writing, directed a series of writing workshops that created a supportive environment for trans, non-binary and gender non-conforming writers to explore questions of creative expression and representation. Via their Schools Poetry Competition, the Centre engages with local high schools in areas of high deprivation to offer pupils mentorship from professional writers, with a view to developing a submission for competition. More than 200 pupils have participated since 2017.

The Centre’s programme of public events also connects new and established writers with local audiences in Manchester. The Literature Live series has an international focus and has brought more than 120 writers to Manchester since 2013. The Centre also works in partnership with the Manchester Literature Festival, one of the most popular literary events in the UK, to curate its annual programme and host joint events. Between 2013 and 2018, nearly 8,000 people attended festival events hosted in partnership with the Centre for New Writing.

“The Centre for New Writing supports its staff to produce and disseminate work that charts and changes cultural understandings of gendered identities. ”

In addition to public engagement, the Centre has helped to influence arts policy and investment strategies in the north-west of England and Ireland.

In 2017 the Centre contributed to Manchester’s successful bid to join the worldwide UNESCO Creative Cities network as a City of Literature. There is continued involvement in City of Literature initiatives, co-designing festivals and events, and contributing to city-wide networks for literary organisations and freelancers.

Director of the Centre, Professor John McAuliffe, was Deputy Chair of the Irish Arts Council between 2013 and 2018. Drawing on his practice as a poet, he developed a new Next Generation scheme to support the development of emerging artists in Ireland. More than 100 artists have been supported through bursaries and mentorship since the scheme was piloted in 2016.

Writing coming out of the Centre includes novels, short fiction and poetry. Many of its publications engage with issues of identity and inequality in historical and contemporary contexts.

Critically acclaimed fiction and poetry published by our writers includes:

Our writers have also made significant contributions to high-profile public conversations in these areas. Jeanette Winterson, for example, delivered the prestigious Richard Dimbleby Lecture on BBC Two in 2018, exploring the contemporary and historical fight for women’s equality. Kamila Shamsie’s work has critiqued government policy and humanised the experiences of asylum seekers in Britain, informing urgent debates about race and power.

Events at the Centre for New Writing

The Literature Live series brings contemporary writers from all over the world to Manchester to discuss and read their work.