BSc Economics
Undertake highly structured training in economics, with a focus on enhancing and applying quantitative and analytical skills in modern economics.

Discover more about Economics at Manchester 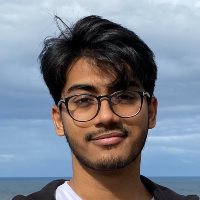 I enjoy studying Econometrics the most, I believe it's the most practical application of Economics in real-life scenarios.

More so, I like the use of programming languages in analysing data in Econometrics.

The BSc Economics course is for quantitative economics specialists with a strong mathematical background.

You will discover a range of economics branches before specialising, benefitting from an engaging and interactive learning experience at one of the UK's most historic centres for economic study.

Modern professional economists need to have a clear understanding of economic principles in order to recognise and model relevant economic problems.

We ensure you are equipped with mathematical and econometric tools in order to solve and analyse such problems.

Our carefully designed degree combines compulsory units in core economics and quantitative methods and the opportunity to specialise in a particular area of interest through optional course units.

Employers look for candidates who can produce sound and clear reports that make sense of the available data using advanced quantitative skills in analysis and modelling.

The analytical reasoning, essay writing and quantitative techniques provided give you the best employment prospects and a healthy start in your career. These skills can be developed and sharpened by choosing an optional dissertation in Year 3.

The BSc Economics is a quantitative economics degree designed for those who have already chosen to specialise in economics and have a good mathematical background.

Modern professional economists need skills in economic principles, mathematical modelling and econometric analysis of economic data, together with a detailed knowledge of their chosen specialism.

In line with this requirement, the BSc Economics degree has at its core a compulsory stream of courses in economic principles and quantitative methods.

Together with a range of optional courses this allows students to develop their specialist interests in most areas of modern economics.

Specifically, the main aims of the BSc Economics degree are:

World-leading research and teaching in economics has been at the heart of higher education in Manchester since the early days of the University.

Three winners of the Nobel Prize in Economics have worked at Manchester:

We are proud to be a leading centre for economic research, scholarship and research-led teaching in all areas of the discipline, including microeconomics, macroeconomics, econometrics, financial economics, environmental and resource economics, development economics and industrial/business economics.

If you would like to broaden your horizons and your degree, you can apply to study overseas for a year at one of our partner universities.

You apply in Year 2 to spend a year abroad in Year 3. If successful, you will put together a programme of study at the host university in consultation with your Academic Exchange Advisor, to complement your studies at Manchester.

You will then come back to Manchester to study for a fourth year and graduate with a degree title including ‘with International Study'.

The content in your units will be delivered through a combination of online material, guided reading, lectures as well as review and Q&A sessions. Different units use these elements in different combinations optimised to the respective material. Lectures are supported by smaller tutorials or seminars where you explore the unit content in depth.

Tutorials and seminars are key in improving your written and oral communication skills through group discussions, essay-writing, and presentations.

You are assigned an Academic Advisor who takes a friendly interest in your progress and can advise you on selecting course units and career opportunities.

The range of methods is designed to promote in-depth learning and understanding, including:

In Year 1 you will follow a highly structured course with 90 out of 120 credits being specially tailored core units, including:

Further options include units in Social Sciences, Business and Finance.

In Year 2 you will follow a highly structured approach, with specially tailored units that complete your training in the core of Economics, including:

You also have 40 credits to pursue interests including further Economics units and units in Social Sciences, Business and Finance.

Upon completing your training in the core of Economics, you are ready to pursue your interests in a more specialised way in Year 3.

In Year 3 there are no compulsory units.

You choose from a range of specialised course units, including the option to produce a dissertation in applied economics.

If completing a year abroad, you will take the Year 3 course content in Year 4.

Scholarships and bursaries are available to eligible home/EU students, including the Manchester Bursary .

Some undergraduate UK students will receive bursaries of up to £2,000 per year, in addition to the government package of maintenance grants.

You can get more information and advice on student finance to help you manage your money.