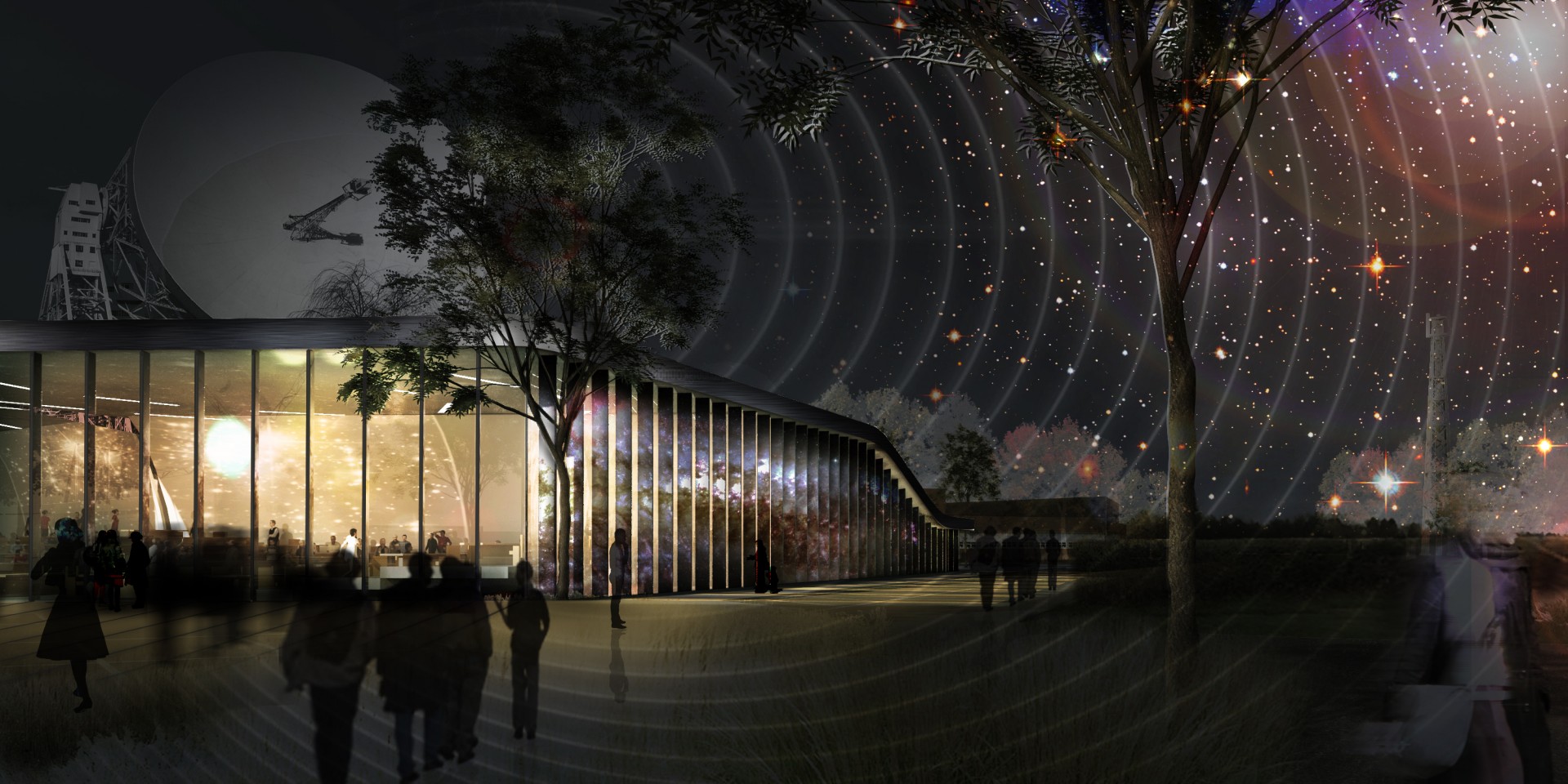 The Square Kilometre Array Global Headquarters (SKA GHQ), the home of a new intergovernmental organisation created to facilitate global collaboration in radio astronomy, has been formally opened and handed over in a ceremony attended by international dignitaries and partners from across the SKA project.

More than 200 guests including government officials from SKA member countries were welcomed to the SKA GHQ for the event, which included a commemorative lecture by renowned astrophysicist Professor Dame Jocelyn Bell Burnell, co-discoverer of the first radio pulsars.

Located on the grounds of The University of Manchester’s historic Jodrell Bank Observatory in Cheshire, inscribed as a UNESCO World Heritage Site this week, SKA’s GHQ was designed from the start to become a nexus of radio astronomy and a global hub for astrophysics in the 21st century. Operated by an international partnership of countries, it is already home to staff from 16 countries who are currently focused on delivering the final design of the two SKA telescopes in collaboration with international partner institutes, drawing on the expertise of specialists from around the world.

Once built, the SKA telescopes will have an expected lifespan of at least 50 years, making the GHQ a focal point for radio astronomy for decades to come.

“This facility is key to enabling us to deliver the world’s largest radio telescope” said Professor Philip Diamond, Director-General of the SKA Organisation. “It will serve as a central hub for all the experts, more than 1,000 of them, working on this ambitious project around the world. Today I would like to tell them, whether they are scientists, engineers, software developers, policy-makers or others: this facility is now open, it is your home, and we look forward to welcoming you here.”

During the inauguration, Professor Mark Thomson, Executive Chair of the UK Science and Technology Facilities Council (STFC), presented a commemorative key to Professor Diamond to mark the ceremonial handover of the building to the SKA.

“The opening of the SKA Headquarters marks a major milestone for this incredibly exciting scientific project”, said Professor Thomson. “The UK Government, through STFC, has committed £100m to the construction of the SKA and the headquarters itself and I am thrilled that the UK is hosting the home of this global endeavour. I look forward to seeing the headquarters filled with some of the brightest minds in the field of astronomy from across the world working to fulfil SKA’s mission to reveal more of the universe than ever seen before.” 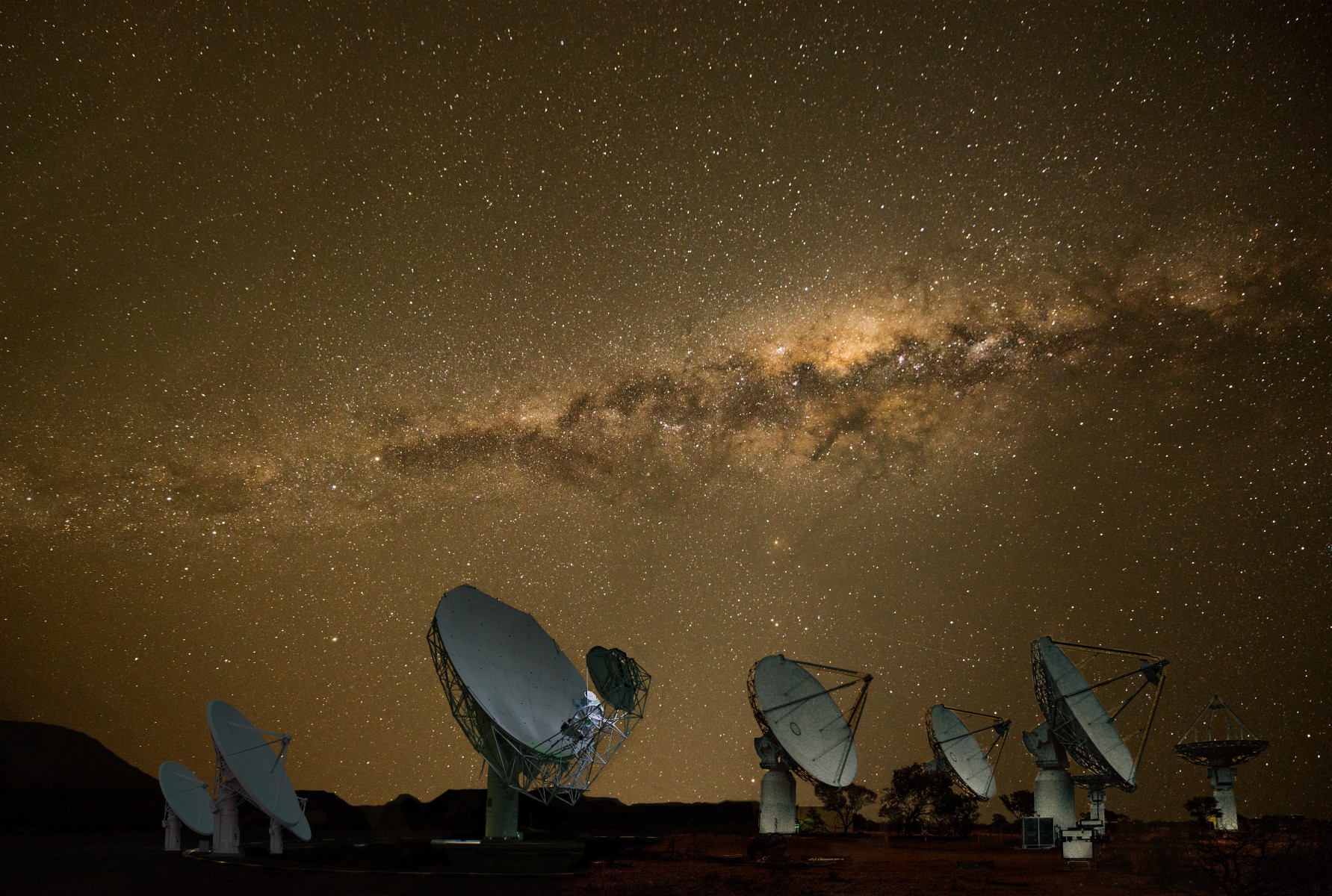 After Jodrell Bank’s designation as a World Heritage Site earlier this week, having the GHQ of the SKA at our Jodrell Bank site will greatly enhance the links we have with scientists across the world and further strengthen the development of the field of astrophysics. This is an important reminder of the international importance of science and of the UK’s crucial role in such endeavours.

Professor Dame Nancy Rothwell, President and Vice-Chancellor of The University of Manchester
„
Follow me on Twitter (opens in new window)

Professor Dame Nancy Rothwell, President and Vice-Chancellor of The University of Manchester, which operates the Jodrell Bank site and led on the delivery of the building, said: “After Jodrell Bank’s designation as a World Heritage Site earlier this week, having the GHQ of the SKA at our Jodrell Bank site will greatly enhance the links we have with scientists across the world and further strengthen the development of the field of astrophysics. This is an important reminder of the international importance of science and of the UK’s crucial role in such endeavours.”

The SKA Observatory will be the only intergovernmental organisation with its headquarters in the North-West region of the UK. As such, it is helping put Cheshire on the international map by hosting visits from royalty, government ministers and ambassadors. The SKA GHQ also hosts professional conferences where experts in astrophysics, engineering, computing and many other fields gather. It is already receiving several hundred business visits from all over the world every year, a number set to grow as the SKA telescopes enter operation.

Construction of the £16.5m expansion of the original SKA office at Jodrell Bank started in 2017, funded by the UK Government’s Department for Business, Energy & Industrial Strategy (£9.8m) via UKRI, The University of Manchester (£5.7m) and Cheshire East Council (£1m). The design was led by international architecture practice Hassell and the construction by engineering and construction firm Sir Robert McAlpine.

Facilities within the 4,200 m2 building include a 160-seat auditorium for science conferences, workshops and public talks, and state-of-the-art video conferencing technology to connect teams spread over 20 time zones, as well as an Operations Monitoring Centre to remotely manage the telescopes around the clock. Environmental features were a priority in the design, such as electric vehicle recharging, thermal zoning control and dark-sky compliant external lighting, which have ensured the building exceeds sustainable requirements.

“While it is an outstanding building in its own right, it also symbolises something much greater; this is the meeting point of nations who have decided to come together and pool their expertise and resources in order to advance human knowledge in astronomy on a site of great historic relevance”, added Professor Diamond.

The Jodrell Bank site was granted UNESCO World Heritage status earlier this week, celebrating its outstanding contribution to the development of radio astronomy globally, including the role played by the 76m Lovell Telescope, once the world’s largest single dish radio telescope. Fittingly, the world’s future largest radio telescope, the SKA, is being led by an international collaboration from the same site.