Research by our Humanitarian and Conflict Response Institute identified key factors undermining effective medical care during disaster response. The findings have been used by the World Health Organization to create international standards for emergency medical teams and ensure consistent, high levels of care in disaster contexts.

Before 2013, many medical response teams deployed to sudden-onset disasters overseas were ineffective or poorly managed. In already challenging situations, issues including a lack of logistical capacity and poor cooperation with local authorities added to confusion and stress. Medical teams were leaving unreliable records of their interventions and triggering lifelong consequences for the disaster victims, including inadequate rehabilitation or legal rights. 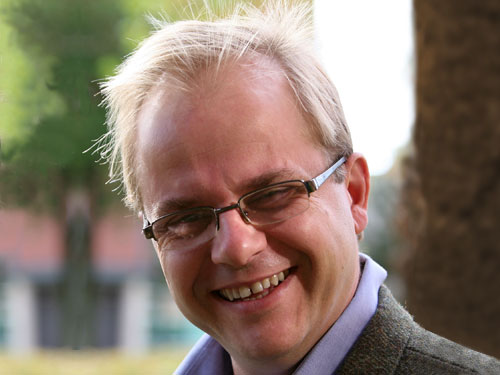 Bertrand Taithe is Professor of Cultural History at The University of Manchester.

The Humanitarian and Conflict Response Institute (HCRI), part of The University of Manchester, researched the emergency treatment of traumatic injuries suffered during the Haiti earthquake in January 2010. The research uncovered significant factors that undermined effective treatment including the unreliability of medical data, limited patient ownership of medical records and inflated field report statistics.

This demonstrated the importance of robust arrangements for the collection, preservation and ownership of medical records to ensure high standards of care for patients and the need for a validated, international control of emergency medical teams (EMTs).

HCRI’s research was used by the World Health Organization (WHO) to develop a classification system and set minimum standards for EMTs. Benchmarks for international teams were published in a 2013 field guide, Classification and Minimum Standards for Foreign Medical Teams in Sudden Onset Disaster, which is used by EMTs worldwide.

“The HCRI findings have made a substantial contribution to new standards for the validation and training of EMTs authorised to deploy and register in another country to deliver post-disaster healthcare.”

In 2016, the WHO launched a global classification process for EMTs to allow them to register for mentoring and eventually apply for validation. The HCRI works with international partners to train EMTs to meet the standards required for WHO validation, including:

The HCRI became a WHO Collaborating Centre in 2016, recognising the significance of its role and research in supporting WHO programmes. HCRI is a rare example among 57 collaborating centres in the UK to be based in a Faculty of Humanities.

The HCRI works in close collaboration with UK-Med, a medical NGO that prepares medical teams to respond to sudden-onset disasters and set up the UK EMT in 2016 – becoming one of the first teams to be validated by the WHO. Their deployments included Cyclone Idai in Mozambique in 2019 and COVID-19 in the UK and globally since 2020.

This work builds on the contribution UK-Med and HCRI staff made in 2014 to the UK Ebola Response Programme in Sierra Leone. Dr Amy Hughes, a former HCRI Academic Clinical Lecturer, was awarded an MBE in recognition of her work in leading UK-Med trained NHS volunteers in the Ebola response in West Africa.

The HCRI is a leading global centre for the study of humanitarianism and conflict response, global health, international disaster management and peacebuilding.

Find out more about our work