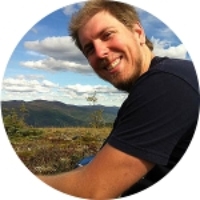 It¿s one thing to read and write but a whole other to go out into the field, research, and bring back tangible material.

The MA in Visual Anthropology course is tailored to meet the needs of different levels of anthropological and film-making experience, whether you have little or no background in formal anthropology, film-production, visual methods and photography, or if you have substantial experience in one or more of these areas.

For nearly 30 years, the University's Granada Centre for Visual Anthropology has been widely recognised as the world's leading centre for visual anthropology. Our graduates have produced more than 400 ethnographic films seen around the world and it is now at the forefront of the emergent dialogue between art and anthropology, including sensory ethnography and sound, experimental and practice-based methods, photographic and digital media, museum and gallery installations.

Our MA and MPhil courses combine anthropology with training in film-making and editing, visual methods, photography sensory ethnography and sound. You are provided with professional equipment and supported by internationally renowned staff comprising the largest visual anthropology faculty in Europe.

The Granada Centre's teaching and research continues to set the standard of excellence in the social sciences as well as arts. This was formally recognised by the ESRC (Economic and Social Research Council), and by the AHRC, awarding the master's course the status of a professional preparation masters, something awarded to no other visual anthropology course in the UK.

As a course that teaches anthropology and practice-based film and media skills, you should be aware that the MA Visual Anthropology course is highly intensive and runs over 13 months rather than the standard 12 months.

It extends beyond the conventional 12 months because of the additional time required for completing the audio-visual work. Editing the final film and media work takes place in September and final dissertation submission date is at the beginning of October. If you need to complete the course within a 12-month period, you can apply beforehand, so that appropriate arrangements can be put in place.

Graduation Exhibition and Film Screenings are held mid-October and are organised by the students themselves. These are not a compulsory part of the course but they have become a traditional rite of passage and opportunity to show work to the public, friends and family.

Manchester is a creative, dynamic and cosmopolitan city noted for its music scene, media links and industrial past. Studying in Manchester means that you get to access all that a major city offers, yet the cost of living and accommodation are affordable. It is consistently shown to be one of the cheapest places in the UK for students to live.

The course combines conventional lectures and seminars with practical 'hands-on' instruction and workshops. Students work in teams and individually.

Your final piece of work is an individual production, however, throughout the year you will spend time working in teams so as to develop team-working and presentational skills as well as, technical and artistic expertise. Work is presented to the class and receives feedback from fellow students as well as instructors.

In this way, you learn to analyse your own and others works and through each other's successes and failures, generating a strong range of intellectual, practical and aesthetic resources as well as a sense of camaraderie and cooperation.

During both semesters, you take:

The practical units are assessed by various combinations of a portfolio of project work and an accompanying written text.

Weekly lectures and film screenings on the place of film in anthropology and the theory and history of ethnographic film and film-making. Core Course.

Anthropology of Vision, Memory and the Senses (15 credits)

Weekly lectures, screenings and workshops, on the anthropology of the senses and memory. Core Course.

Or, Key Approaches to Anthropology (15 credits)

A foundation module on Social Anthropology for those without anthropological background.

In semester two, you will engage in:

Throughout the year, screenings and additional workshops are conducted by visiting professionals, including film-makers, photographers and sound recordists.

Over the summer, you will engage in an original piece of ethnographic and anthropological research. The potential for research projects is wide-ranging, both in terms of location and theme, and in any one year may focus on diverse subjects, such as:

There are a number of formats in that students may make a 25-30 minute documentary or may choose to combine film with other forms of media and representation, such as photography, a gallery installation or sound and multimedia pieces. The high standard of the MA summer projects is attested to by the number of domestic and international prizes and awards they receive.