BA Drama and English Literature
Develop the specialist knowledge and transferable skills for a range of creative careers.
Apply through UCAS 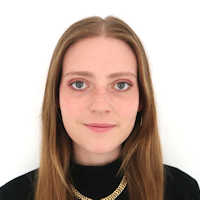 The TiPP (Theatre in Prisons and Probation) course unit in my final year was predictably life-changing.

I always wanted to explore how drama can be used in other contexts. This gave me that chance.

Our BA Drama and English Literature course embraces all forms of drama across stage, screen and beyond, while exploring a wide range of texts from a variety of periods.

In your Drama units, you will explore everything from literary adaptation to street theatre, from activist performance to audio design, from playwriting to directing and experimental film cultures.

For English Literature, you'll explore written forms ranging from illuminated manuscripts and graphic novels to poetry and postmodern fiction, covering areas from the Anglo-Saxon period to American literary and cultural studies, from the Renaissance to the contemporary.

You will benefit from teaching informed by recent innovations in theatre, performance and film studies, as well as by historical practices. You will also become part of a thriving community of students, lecturers and writers at The University of Manchester, based in the heart of a UNESCO City of Literature that has produced some of the world's greatest writers and has a thriving literature and arts scene, including major events like Manchester Literature Festival.

Drawing inspiration from the creative beating heart of the city itself, you will study in a city that is home to countless ground-breaking arts organisations and events - from Manchester International Festival, the world's first festival of original work, to HOME, the largest multidisciplinary arts centre outside of the capital.

Apply your subject-specific knowledge in a real-world context through a placement year in your third year of study, enabling you to enhance your employment prospects, clarify your career goals and build your external networks.

You may apply to spend one semester studying abroad during Year 2. Exchange partners are offered through the Erasmus Exchange scheme (in Sweden) and the Worldwide Exchange scheme (eg USA, Canada, Australia, New Zealand, Hong Kong and Singapore).

You can take advantage of strong links to partner organisations throughout the city, including TiPP (Theatre in Prisons and Probation Research and Development Centre), based here at the University, and Community Arts North West.

You'll have the opportunity to engage with professional practitioners working in the cultural industries through your coursework and through extracurricular events.

Manchester is distinct from an acting conservatoire; rather than offering purely vocational training, we bring together theory and practice in the study of Drama as cultural process and artistic discourse.

Your studies will encompass stage and screen, the ancient and the contemporary, the mainstream and the avant-garde.

You will engage with the theories and techniques of practitioners past and present in our dedicated studio spaces.

Practical work is generally workshop-based and not all projects culminate in public performance.

Teaching takes the form of tutor-led sessions, lectures and seminars.

A significant part of your studies will be spent reading, taking notes, preparing presentations, and writing essays.

Classroom time is frequently supplemented by new media, such as the virtual learning environment, Blackboard. You will also have access to other digital resources to support your learning

For some course units, you'll join in group work and other forms of collaborative learning.

Students who wish to continue the study of literary forms other than Drama might consider this joint course, where you can have a choice of studying the two subjects together in a variety of flexible permutations.

You may therefore take Drama as your 'major' subject (up to 80 credits in any one year) with English as your 'minor' subject (40 credits), or vice versa. Or you may study the two subjects equally (60/60 credits).

It should also be noted that, should you wish to do a PGCE secondary course in English and Drama after your degree, you may experience difficulty if you have done a 80/40 degree with Drama as the major subject.

This is because some institutions (but by no means all) will only take students who have completed 50% of their studies in English.

Study core units in the theory and practice of drama, as well as exploring key topics in English literary and cultural studies, covering poetry, prose, drama and popular culture. Select from optional units in both fields, from literature and history to concepts in film and new media.

Explore drama practitioners in their historical, cultural, and political context from the birth of modernism to the present day. Weight your studies according to your interests with optional course units ranging from Shakespeare to gender studies. Opt to develop practical skills in writing for performance or another creative discipline. Choose an area of research in either subject for your final year dissertation project.

Continue to weight your studies according to specific fields of interest. Specialise in areas such as poetry, modern literature, Old and Middle English, applied theatre, directing or playwriting. Research and write your dissertation or research essay.

The University is also home to internationally renowned cultural assets such as:

Globally renowned for its arts and cultural offer, Manchester is home to the second highest concentration of theatres in the UK, as well as Manchester International Festival and the £110 million development, The Factory.

Learn more on the Facilities pages for Drama and English Literature .